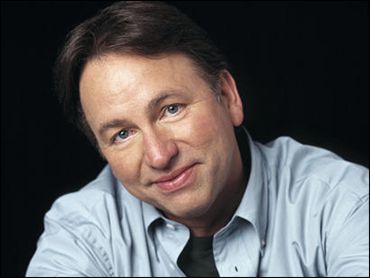 Thoracic aortic aneurysms kill more than 15,000 people in the U.S. each year, but are often mistaken for heart attacks.

Actor John Ritter, the star of sitcoms such as "Three's Company" and "8 Simple Rules for Dating My Teenage Daughter," died of complications from this condition, and his family is now trying to prevent similar tragedies.

In September of 2003, while in rehearsals for a sitcom, Ritter complained of chest pains and was rushed to a nearby hospital.

He had a torn aorta and a large aneurysm, but he was treated for a heart attack, and died later that night. In a lawsuit that followed his death, the family's lawyers claimed his life could have been saved.

Michael Plonsker, attorney for Ritter family, has said, "We remain convinced that the doctors contributed to John's death."

After Ritter died, his widow, actress Amy Yasbeck, started looking for information on the condition that killed him. She began searching online and making connections with people who've been affected by similar heart conditions.

Since then, Yasbeck has created the John Ritter Foundation for Aortic Health and campaigns for greater public awareness of the disease with The Thoracic Aortic Disease (TAD) Coalition.

Yasbeck, who appeared on "The Early Show," said things have really taken off, especially with the creation of "The Ritter Rules," which help with detection and treatment of the disease. Dr. Dianna Milewicz, of the University of Texas Medical School, who developed "The Ritter Rules" also appeared on the broadcast.

Yasbeck has become an advocate for prevention and treatment of heart conditions. She said she's doing what John would have done if he'd survived.

"John was that guy," she said. "He knew that with the celebrity he had, came great responsibility. And we've taken that responsibility very seriously by lending his name to 'The Ritter Rules.'"

She said "The Ritter Rules" have already saved the life of John's brother, Tom.

Milewicz added Tom's heart condition was repaired due to the knowledge of John's disease.

Yasbeck said, "It was in the exact same place as John's."

Milewicz said family history is the leading risk factor of thoracic aortic dissection. But this problem, she said, can be treated if detected early through medical and surgical management.