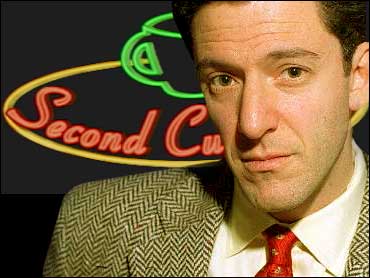 When one thinks of great jazz performers, the name John Pizzarelli is at the top of the list. Since 1980, the Patterson, N.J. native has been entertaining audiences with his unique brand of swing.

Pizzarelli recently decided to break fresh ground with his new album, "Bossa Nova," putting his stamp on the music of Brazil.

In the 1950s, Brazilian vocalist and guitarist João Gilberto, bossa nova's premier interpreter, helped launch a musical revolution by harnessing the gentle rhythms and soft, intimate lyrics of samba. With the release of "Bossa Nova," Pizzarelli honors Gilberto's spirit and subtly expands on his innovations.

Produced by Russ Titelman, the project includes Paulinho Braga, who played drums with Jobim for many years, vocalist Daniel Jobim (Jobim's grandson) and Cesar Camargo Mariano, who produced, composed and played on many great Brazilian records, most notably with Elis Regina. The recording features string and flute arrangements by Don Sebesky.

Pizzarelli has been playing guitar since the age of six, following in the tradition of his father, jazz guitar legend Bucky Pizzarelli. Hanging out with his dad, the young Pizzarelli was exposed to all the great music of the era. At age twenty, John began his professional career alongside his famous father. He later ventured out on his own, forming the John Pizzarelli Trio in 1992.

In October 2003, Pizzarelli led a 40-piece orchestra at New York's Radio City Music Hall in a live theatrical stage production of Sinatra: His Voice, His World, His Way.