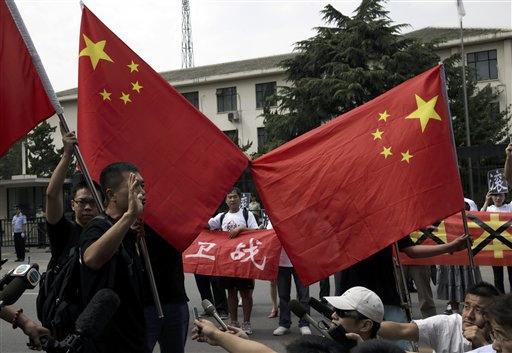 He opposed divorce, birth control and abortion, the ordination of women and the lifting of the celibacy requirement for priests.

To his critics, Pope John Paul II refused to keep pace with the demands of his flock or any of the changes in the modern world.

To John Paul, it was a question of protecting what he called the "truths of the faith."

John Paul's conservatism was often seen as coming from his formation in the Polish Catholic Church, a body that remained immune to liberalizing trends in the West during the four decades of communist rule.

During his 26-year papacy, dissenting theologians were disciplined and bishops who bucked directives from the Vatican were replaced by prelates more in line with John Paul's thinking.

He pushed his bishops to hold the line against gay marriage and tried to shut off debate on whether women could be ordained.

In one of the few concessions to the liberal wing, John Paul formally permitted women to serve at the altar, approving a practice that was already widespread in the United States and western Europe.

The Vatican was frequently criticized for its opposition to the use of condoms in fighting AIDS, a position that stemmed from its condemnation of artificial birth control. While offering the church's help and solidarity to AIDS victims, John Paul and Vatican cardinals counseled that abstinence was the best way to prevent the spread of the virus.

When the church in the United States, Ireland, Australia and elsewhere was hit by the clergy sex abuse scandal that undermined its moral voice and damaged it finacially, some blamed the celibacy requirement for discouraging many potential candidates for the priesthood.

The pope refused to budge on that issue, or other points. He once told reporters that the Catholic Church should not be viewed as a democracy or an association of "free thinkers."

One of John Paul's fiercest critics, the dissident Swiss theologian Hans Kueng, charged that "the upshot is that the Catholic Church has completely lost the credibility it once enjoyed under the papacy of John XXIII and in the wake of the Second Vatican Council."

In the 1960s, that council approved a series of liberalizing reforms that ranged from allowing Mass in modern languages instead of only Latin to calling for improved and closer relations with other Christian denominations and other religions.

John Paul insisted he supported the reforms, but not the abuses he believed they created.

There were questions about whether John Paul's unyielding stands cost the church influence despite a flock numbering more than 1 billion people in the world.

Europeans, including those in such Catholic strongholds as Spain, began turning their backs on church positions. The Vatican fought a bitter but unsuccessful battle among European leaders to include mention of Christianity's influence on the continent in a proposed European Union constitution.

In the United States, the issue of abortion rights became embroiled in politics when several bishops said they would deny communion to any Catholic politician who supported a woman's right to abortion even if they were personally against it.

The Anglican Church's ordination of women hurt its relations with the Vatican, and ties were further strained when the Episcopal Church in the United States — which falls under the Anglican umbrella — ordained an openly gay man as a bishop.