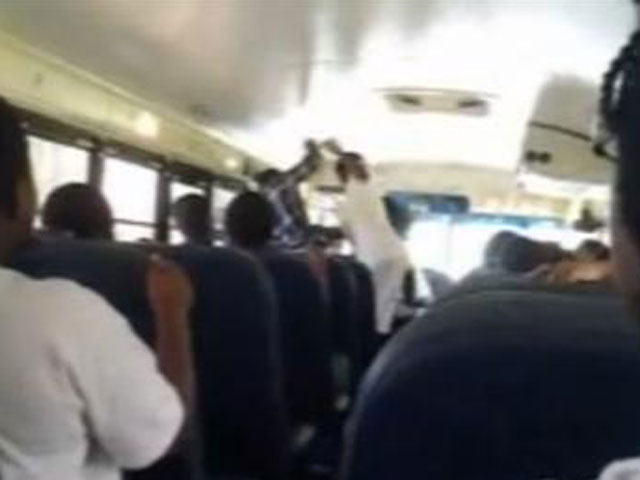 (CBS) GULFPORT, Fla. -- A Florida school bus driver will not be charged with child neglect for failing to intervene in a fight that left a 13-year-old student injured last month, reports CBS affiliate WTSP.

Cell phone video shows three 15-year-old students punching and kicking a 13-year-old July 9 while riding on a bus in Gulfport, Fla., reports the station. Apparently, no one attempted to help the victim, including the 64-year-old bus driver, John Moody.

The victim was left with a broken arm, cuts and bruises.

Moody, according to the station, is a 17-year veteran with the Pinellas School District. A spokesperson for the district told the station that Moody stopped the bus and called dispatchers, reports WTSP.

Moody reportedly retired after the school district launched an internal investigation. The case was turned over to the state attorney's office, but prosecutors said Thursday Moody's actions didn't rise to the level of child neglect.

The three 15-year-olds suspected in the attack were arrested following the incident, reports the station. WTSP reported last month that the group allegedly asked the 13-year-old to buy drugs at school before the incident, but the boy declined and told school officials.