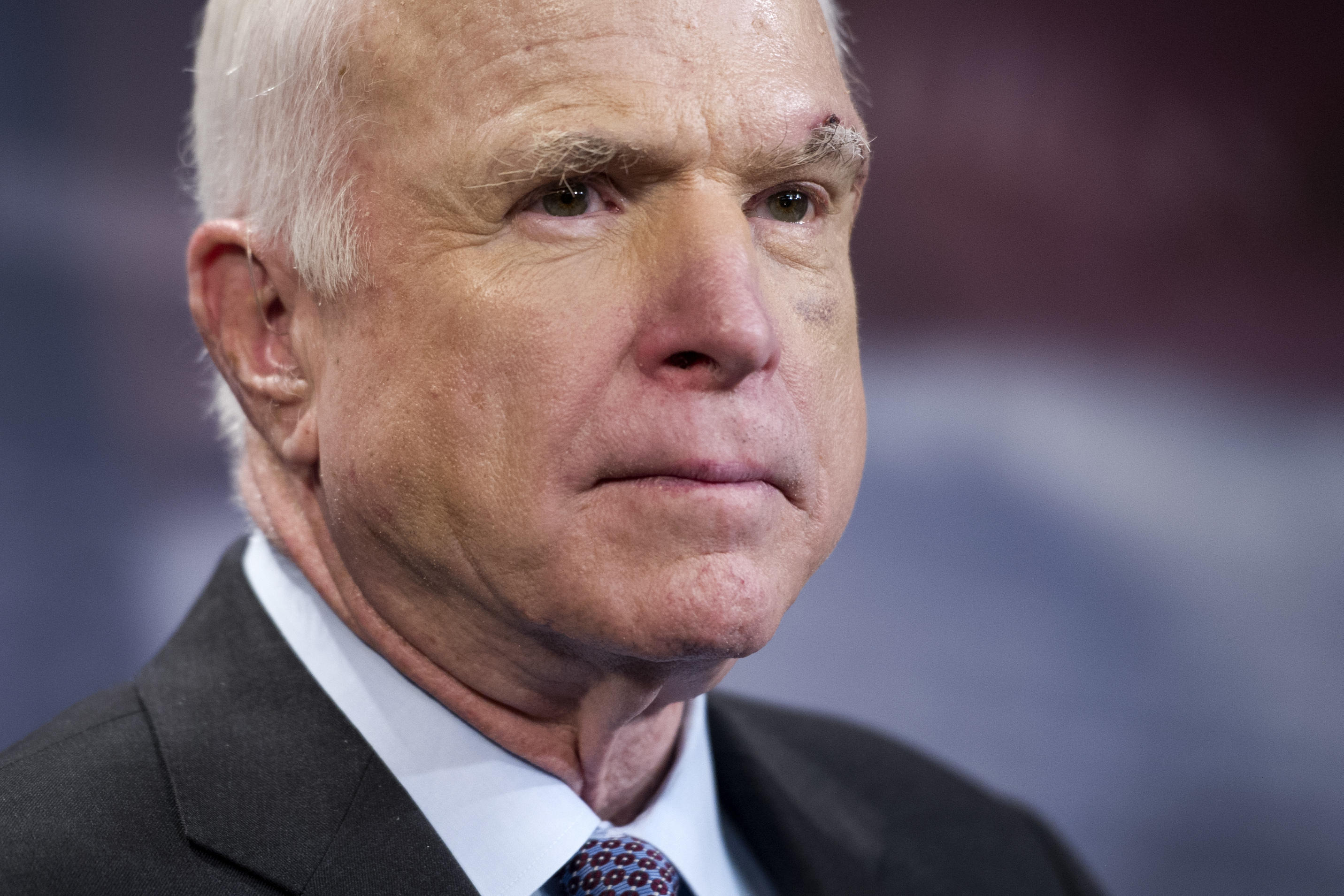 John McCain, Arizona's Republican senator, has written a stirring op-ed in the Washington Post calling for an end to Washington dysfunction and imploring his fellow legislators to stand up to President Trump.

"We must respect his authority and constitutional responsibilities," McCain wrote of Mr. Trump. "We must, where we can, cooperate with him. But we are not his subordinates. We don't answer to him. We answer to the American people. We must be diligent in discharging our responsibility to serve as a check on his power. And we should value our identity as members of Congress more than our partisan affiliation."

The op-ed in part reiterated his dramatic Senate floor speech, delivered upon his return to Congress for the health care vote, after his brain surgery and cancer diagnosis.

McCain also refers to Mr. Trump as a "president who has no experience of public office, is often poorly informed and can be impulsive in his speech and conduct."

The ailing senator's solution for what ails Congress is a return to regular order, which he describes as "letting committees of jurisdiction do the principal work of crafting legislation and letting the full Senate debate and amend their efforts."

"We might not like the compromises regular order requires, but we can and must live with them if we are to find real and lasting solutions," McCain writes. "And all of us in Congress have the duty, in this sharply polarized atmosphere, to defend the necessity of compromise before the American public."

McCain called for the return of regular order in his July floor speech during debate over a bill would have repealed much of Obamacare. "The Congress must now return to regular order, hold hearings, receive input from members of both parties, and heed the recommendations of our nation's governors so that we can produce a bill that finally provides Americans with access to quality and affordable health care," McCain said at the time.

The Arizonan, who is suffering from brain cancer, was the deciding vote against the Obamacare repeal effort, which he announced with a thumbs-down in the Senate chamber as Majority Leader Mitch McConnell looked on. That vote has earned him numerous rebukes from Mr. Trump, particularly at his Phoenix rally last month.

McCain also touched on the racist violence in Charlottesville, Virginia last month, where the president's handling of the situation was widely criticized by Republicans and Democrats alike.

"Most of us share Heather Hoyer's values, not the depravity of the man who took her life," McCain wrote. "We are the country that led the free world to victory over fascism and dispatched communism to the ash heap of history. We are the superpower that organized not an empire, but an international order of free, independent nations that has liberated more people from poverty and tyranny than anyone thought possible in the age of colonies and autocracies."