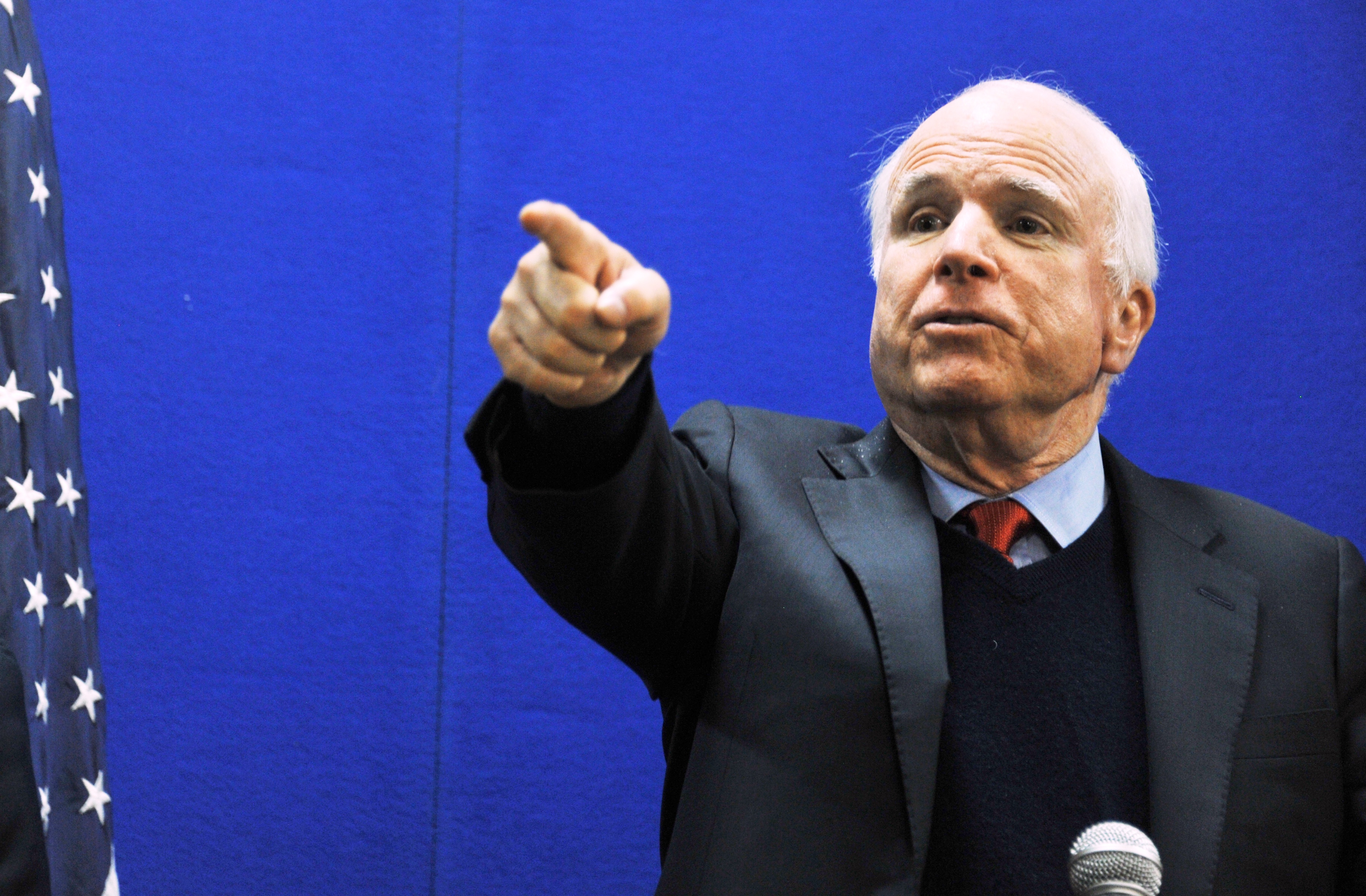 Arizona's two Republican senators have urged their governor to veto a controversial measure that gives businesses in the state the right to refuse service to gays based on religious beliefs.

Lawmakers in the GOP-controlled state House and Senate approved the legislation last week. Brewer, a fiery Republican who has embraced controversial laws in the past, hasn't said yet whether she plans to sign the bill. The measure would automatically become law after five days of sitting idly on her desk.
Flake and McCain are not as staunchly conservative as the state lawmakers that proposed and passed the measure.
Yet Monday, Republican state senators Bob Worsley, Adam Driggs and Steve Pierce sent their own letter to Brewer urging a veto just days after they joined the entire 17-member Senate Republican caucus in voting for the bill, the Associated Press reports. "I was not comfortable' with the vote,' Worsley told the AP. "I have not been comfortable with this for some time."

The controversy with this bill highlights the divisions in the Republican Party as it grapples with the changing social landscape.

Supporters of the legislation say it provides much-needed protection for religious organizations and individuals with strong beliefs, especially as same-sex marriage laws are rapidly changing. Religious groups have argued that they should not be forced to provide services to gay people if they are not comfortable doing so because of their beliefs.

Opponents of the bill claim that it effectively legalizes discrimination and does not pass constitutional muster. Business interests don't like the bill and could lead to widespread boycotts. Some have even raised concerns that the economic backlash could hurt Super Bowl XLIX, which will be held in the Phoenix area next year.