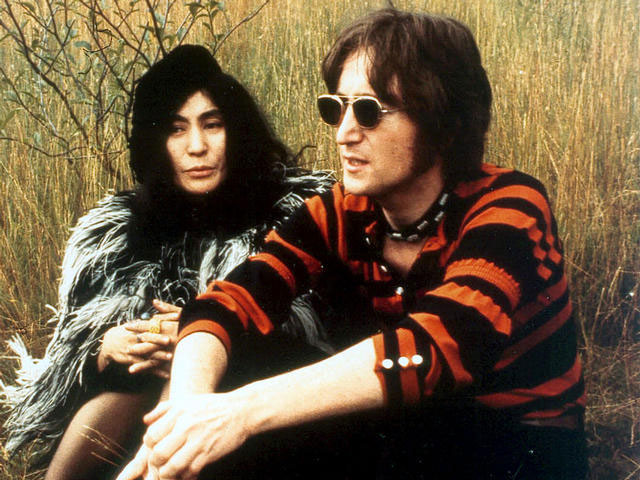 NEW YORK (CBS) A photographer has donated pictures taken of John Lennon to raise money for the prevention of gun violence.

Some of the 75 photographs taken by Ethan Russell have never been available for purchase. Seventy-five percent of the proceeds from the signed, limited-edition images will benefit Pax, a nonprofit that works to end gun violence.

Russell's donated photographs include ones of Lennon in his London flat, at Abbey Road Studios and posing with wife Yoko Ono. He's also taken photos of other music icons including The Rolling Stones, Janis Joplin, Jim Morrison and Jerry Lee Lewis.

"My story with John begins when I walked into a flat on Montague Square in London in 1968 and took my first pictures of him," Russell said in a statement on Pax's website. "I was barely a photographer, and that I was there was unlikely beyond measure. But I'm grateful to have known, photographed, and filmed John Lennon at times that were pivotal for him: when he was falling in love with Yoko, during the last days with the Beatles filming and recording Let It Be, and then in New York City in 1980."

"Like many losses, the loss of John lingers," he continued. "He belonged to the world. But except for that day and that gun, John Lennon might still be with us. Imagine."

Lennon died 30 years ago, in front of his New York apartment building, after being fatally shot by Mark David Chapman.