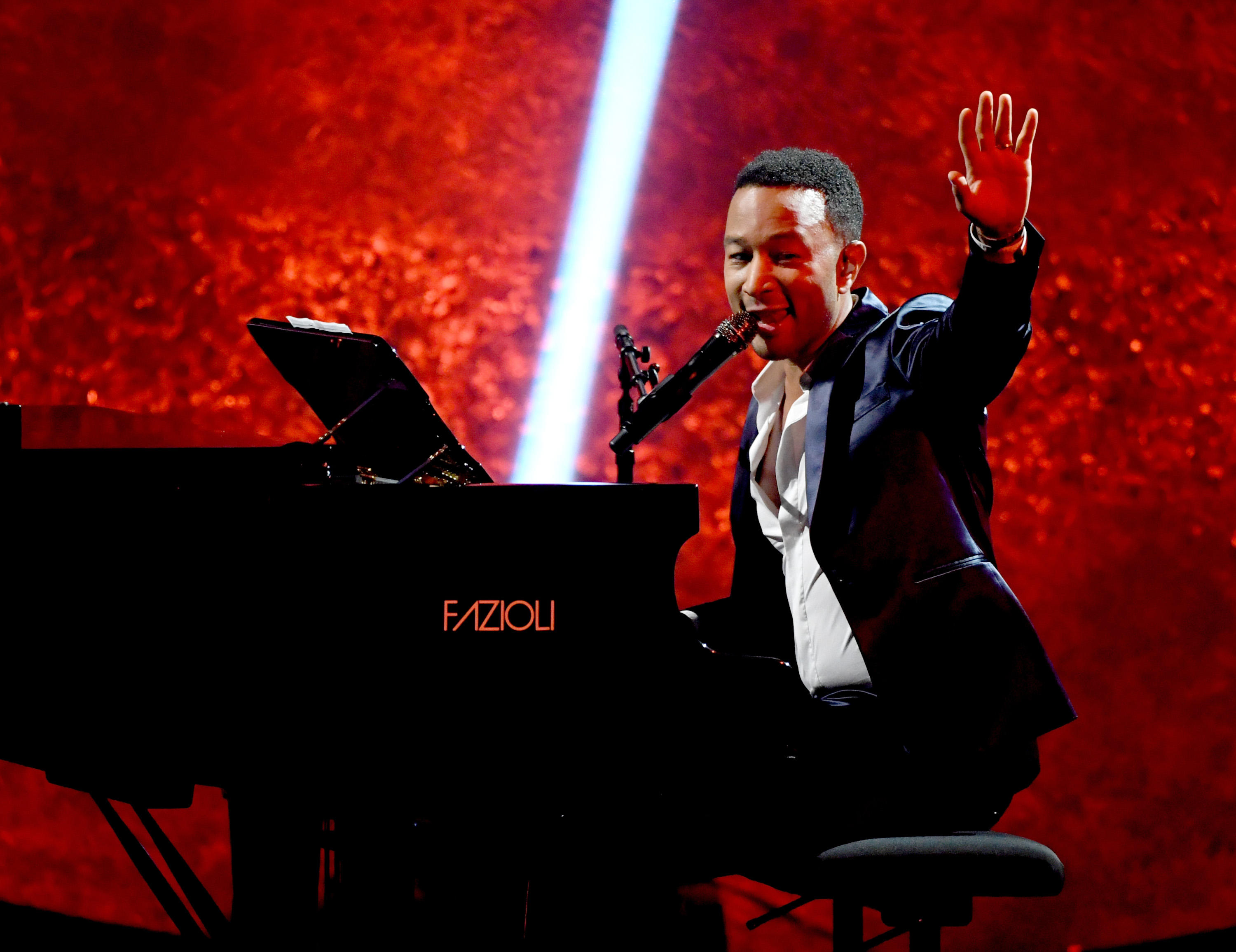 John Legend announced his first holiday album on Monday: It's going to be "A Legendary Christmas." The singer tweeted that his album will drop on Oct. 26 via Columbia records and feature special guests including Stevie Wonder playing harmonica on "What Christmas Means to Me" and Esperanza Spalding singing on "Have Yourself a Merry Little Christmas."

Neo-soul singer/producer Raphael Saadiq serves as executive producer on the 14-track LP. Legend will promote the album during his 25-date North American tour that kicks off on Nov. 15 in Clearwater, Florida and ends on Dec. 30 in San Diego, California. Tickets go on sale Friday, but fans can sign up on Monday for tomorrow's pre-sale through Legend's website.

Legend, wearing a Santa hat, teased the album in a promo clip, and revealed that it will include eight holiday classics, as well as six "brand new Christmas songs."

On Saturday, Legend played his new song "Preach" during New York's Global Citizen Festival, which he said was in response to the mistreatment of sexual assault victims, student protesters and Black Lives Matters activists.

"We're all in this together," Legend said recently in an interview about his work with Global Citizen on "CBS This Morning. "We should look at human beings who live across the world as our neighbors, as our brothers and sisters, and ... we should do what we can to come together and end extreme poverty and make life more livable for people all around the world."

Co-host Gayle King asked Legend how he gravitated toward issues of social justice at a young age.