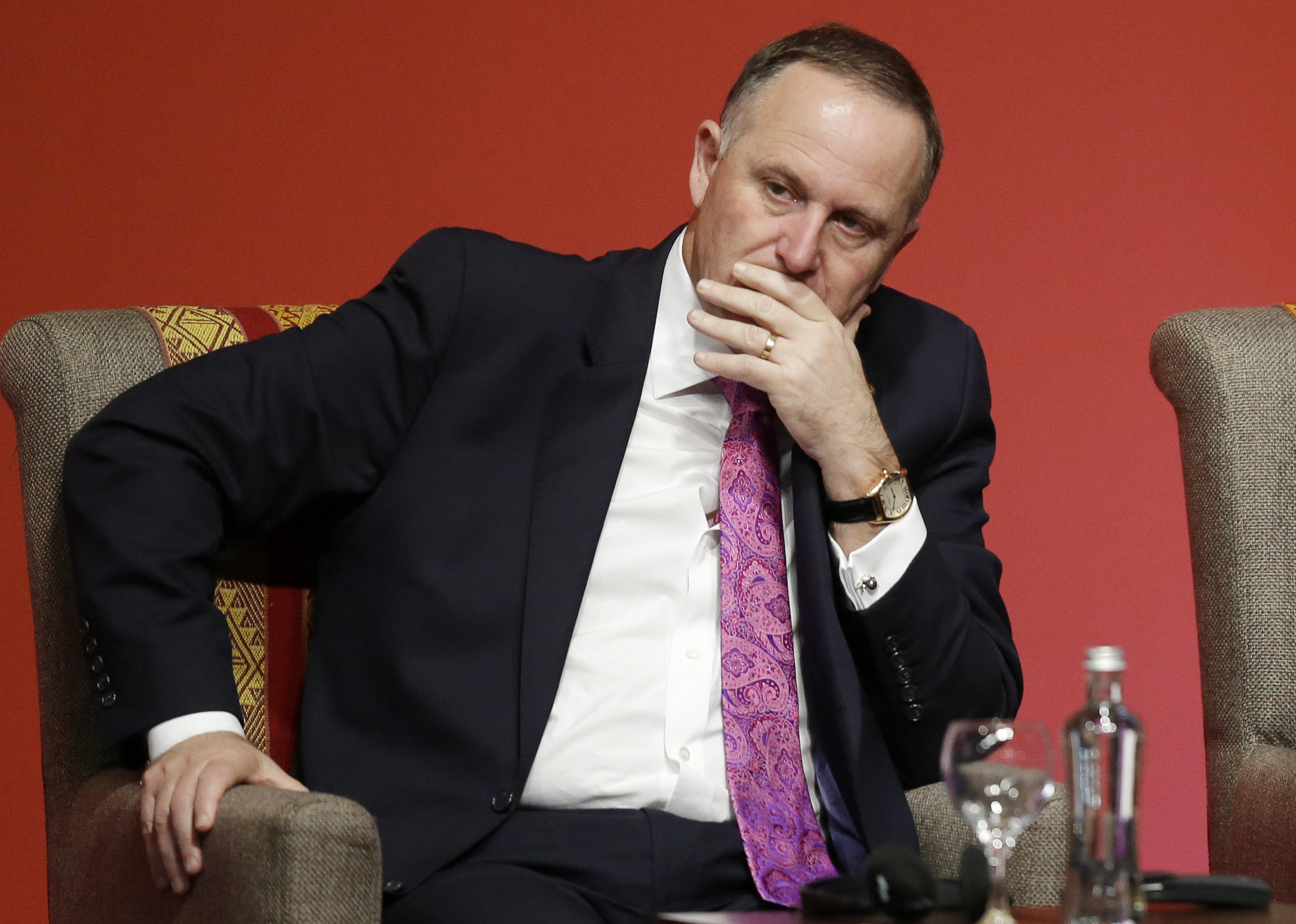 WELLINGTON, New Zealand -- New Zealand’s popular Prime Minister John Key stunned the nation on Monday when he announced he was resigning after eight years as leader.

Key had been widely expected to contest his fourth general election next year. But he said he wanted to ensure he didn’t make the mistake that some other world leaders have done, and instead wanted to leave while he was on top of his game.

Speaking in a shaking voice, Key said he had made personal sacrifices for the job and the role had taken a toll on his family.

Key said his National Party caucus would meet Dec. 12 to decide on a new party leader and prime minister, and that he expected to officially hand in his resignation that same day.

Key said he would back his deputy Bill English for the role.

The New Zealand dollar fell by nearly 1 percent on the news and was trading at $0.71 U.S.

Key was a successful currency dealer before first he became a lawmaker in 2002. He had a quick rise, becoming leader of his center-right opposition party in 2006 and then winning his first general election to become prime minister in 2008.

He won subsequent elections in 2011 and 2014 and retained remarkably high popularity ratings. His party was a clear favorite to win again at next year’s election, at least until his announcement.

Key said that steering the country of 4.7 million through the economic crisis of 2008 and on to relative economic success was a proud accomplishment. He also talked about the importance of standing beside the people of Christchurch after an earthquake in 2011 killed 185 people.

“Simply put, it has, for me, been the most remarkable, satisfying and exciting time of my life,” he said. “But despite the amazing career I have had in politics, I have never seen myself as a career politician. I have certainly never wanted my success in politics to be measured by how long I spent in Parliament.”

But he said the role came with costs.

“For my wife Bronagh, there have been many nights and weekends spent alone, many occasions that were important to her that I simply could not attend,” he said. “My daughter Stephie and my son Max have transitioned from teenagers to young adults while coping with an extraordinary level of intrusion and pressure because of their father’s job.”

He said he wasn’t sure what life after politics would bring, other than he would probably take up positions on a couple of boards. He said he would remain on as a member of parliament long enough that he wouldn’t force a special election ahead of next year’s general election.

“All I can say is that I gave it everything I had,” he said. “I have left nothing in the tank.”