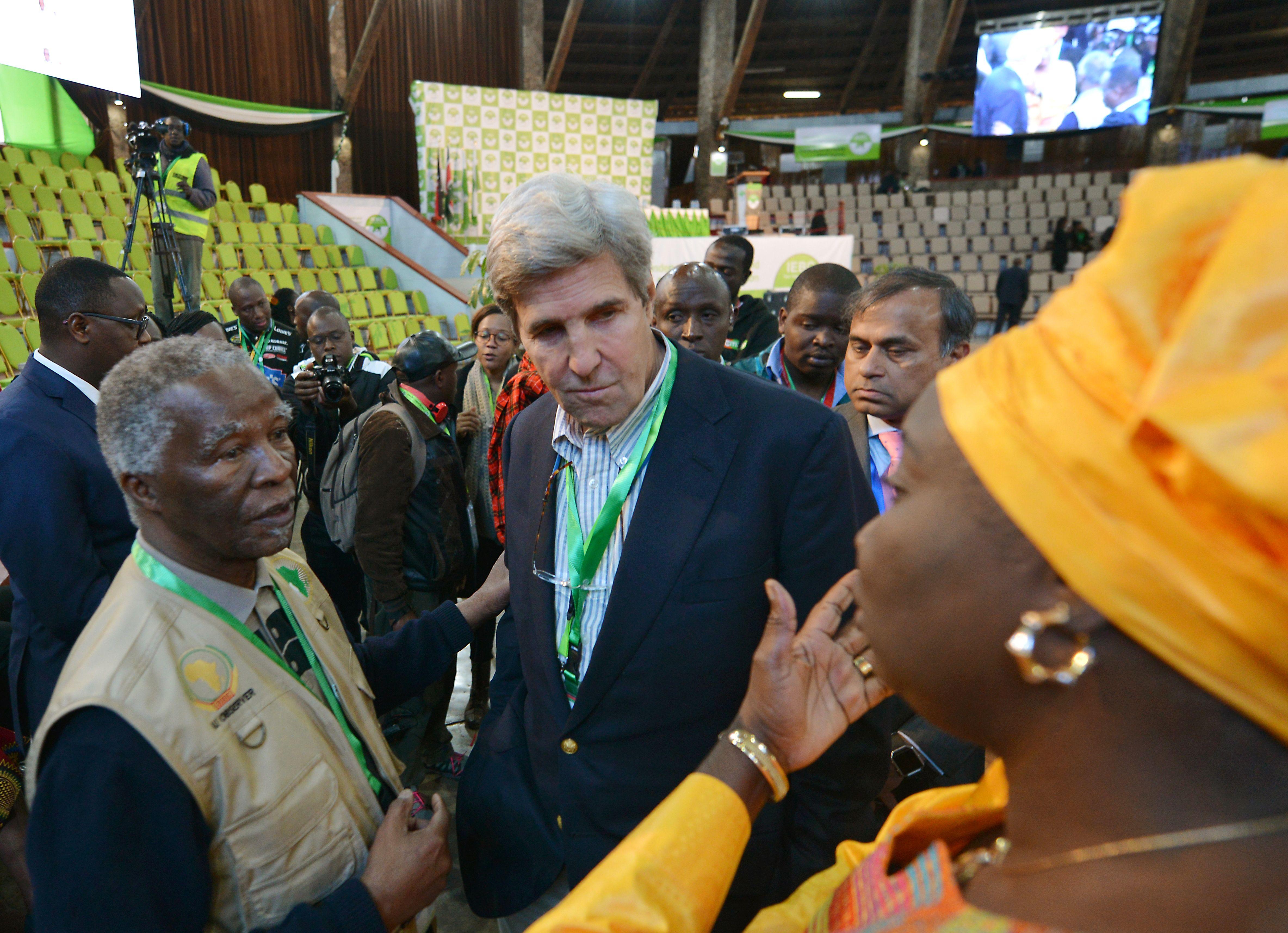 Kerry is leading a mission of election observers who have monitored the vote and its aftermath.

He spoke as Kenya's election commission defended its electronic voting system from opposition candidate Raila Odinga's allegations that the system was hacked. Odinga says votes were manipulated in favor of President Uhuru Kenyatta, who holds a strong lead with 96 percent of polling stations counted.

Kerry says Kenya's leaders need to step up in the coming days and give people confidence amid fears of post-election violence.

Kenyan police opened fire Wednesday to disperse rioters in several areas after Odinga said hackers used the identity of a murdered official to infiltrate the database of the election commission and alter the results. At least three people were killed in the clashes.

The election commission defended the voting system as secure, saying there were "no interferences before, during and after" Tuesday's election.

Odinga, a former prime minister, blamed Kenyatta's Jubilee Party for the alleged hacking. "The fraud Jubilee has perpetuated on Kenyans surpasses any level of voter theft in our country's history. This time we caught them," he tweeted.

Odinga claimed Wednesday that hackers used the identity of Christopher Msando, an election official in charge of managing information technology systems. On July 31, officials announced that Msando had been tortured and killed, alarming Kenyans who feared a recurrence of political violence fueled by ethnic divisions.

Rafael Tuju, a top official in Kenyatta's party, said the opposition's claims were unfounded, and Kenya's election commission said it would investigate.