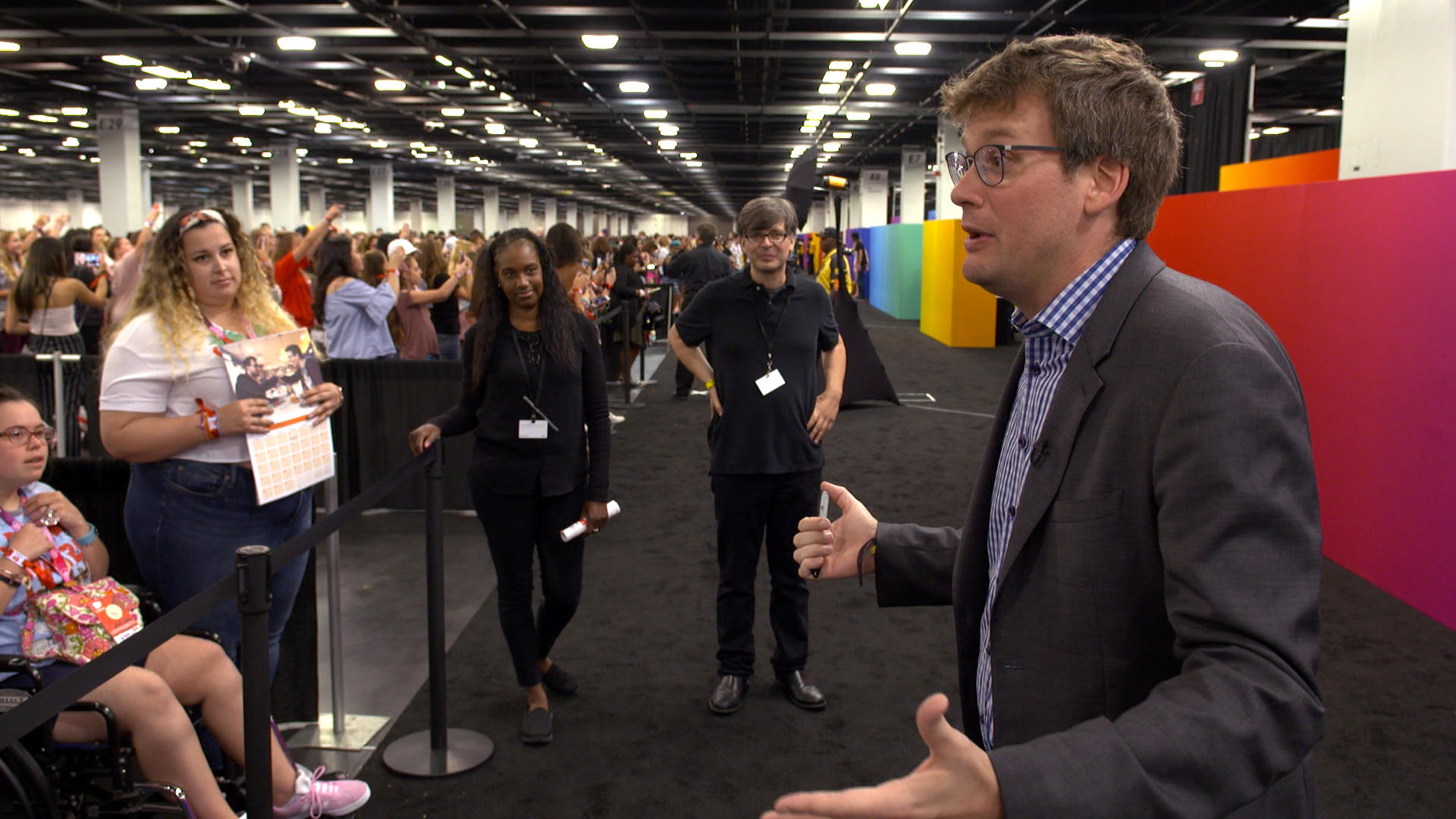 John Green is many things — successful podcaster, novelist, vlogger. But the secret behind it all is simple: he's just being John Green.

The best-selling author, whose novels like "The Fault in Our Stars" have been made into hit movies, is also a YouTube star, comprising one half of the Vlogbrothers, along with his real-life brother, Hank. In 2010, the pair started VidCon, an online video conference that now hosts thousands of attendees annually. The brothers currently have amassed almost a billion total views across their YouTube channels. And on their podcast "Dear Hank & John," they answer questions and dispense advice to listeners, however dubious.

Through all these platforms and with the help of his brother, Green has managed to build a media empire. But it wasn't the result of some savvy business model. As correspondent Jon Wertheim reports this week on 60 Minutes, the secret of John Green's success is his authenticity.

"I'm not sure he's capable of messaging," Wertheim said in the video above. "I mean, 16-year-olds, 17-year-olds, they can see through that. Teenagers have a very finely tuned BS meter."

At 42 years old, Green is able to connect with teenagers, in part, because of his own youthful spirit — and a keen memory of his own socially awkward adolescence.

"I think in some ways I'm writing back to my high school self to try to communicate things to him, to try to offer him some kind of comfort or consolation," Green told Wertheim on the broadcast.

When he was in high school, Green says he struggled with a sense that he could not control his own thoughts. He now knows that feeling was a symptom of obsessive-compulsive disorder, or OCD, which he writes about in his most recent book "Turtles All the Way Down."

"He's very much about embracing vulnerability, starting with himself," Wertheim said.

However, when Wertheim asked Green to go into more detail about his OCD, Green hesitated. He's not done fighting it, he explained.

"It's ongoing," Green said. "So it's not a dragon that I slayed. It feels very dangerous to talk about it. It almost feels like, if I start talking about it, then it might become real."

Green's sincere admission of mental health struggles and his normalizing of teenage social awkwardness has gained him a legion of loyal fans who affectionately refer to themselves as Nerdfighters. Their mission, according to the lexicon of "Nerdfighteria," is to "increase awesome" and "decrease world suck."

Translation: It's okay to be exactly who you are.

And DFTBA: Don't forget to be awesome.

"Nerd used to be this four letter word and you'd run away from it. And I think he's said, listen, if these are your interests, embrace them," Wertheim said. "Be you."

The video above was originally published on October 7, 2018 and was produced by Ann Silvio and Lisa Orlando. It was edited by Lisa Orlando.

IMF head says U.S. economy will slow, but could avoid recession
Thanks for reading CBS NEWS.
Create your free account or log in
for more features.
View CBS News In
CBS News App Open
Chrome Safari Continue
Be the first to know
Get browser notifications for breaking news, live events, and exclusive reporting.