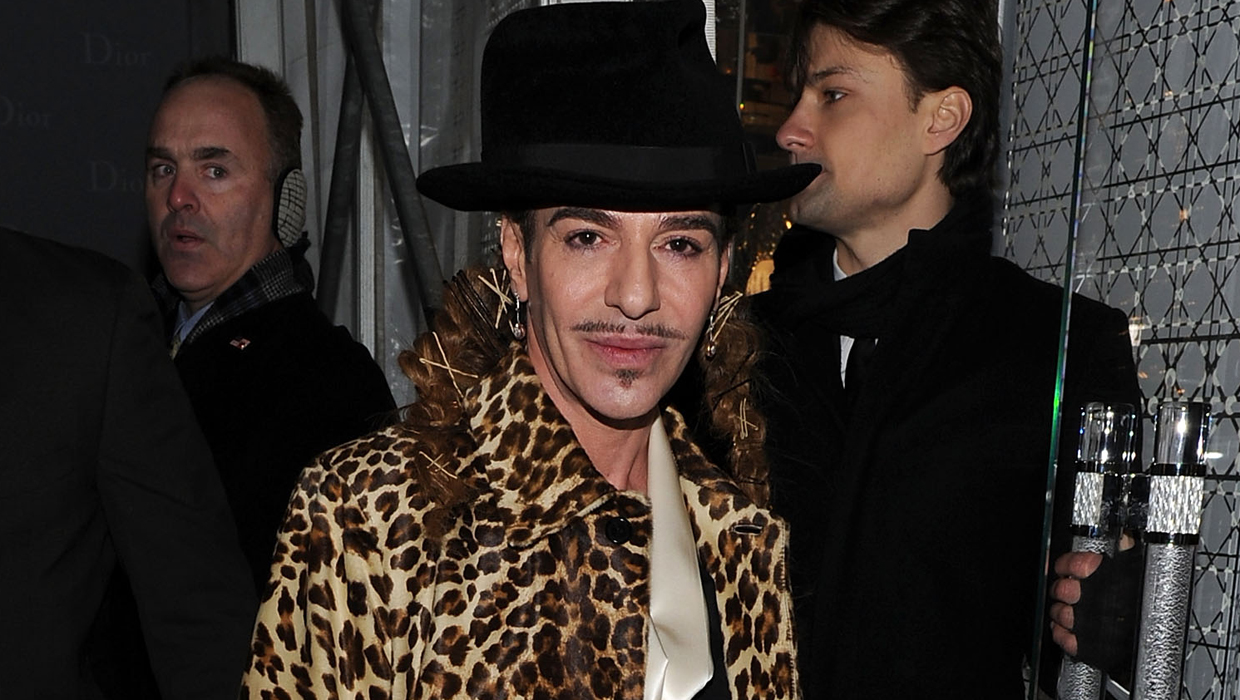 Galliano, after a long career at Christian Dior, left fashion in 2011 after he was caught on video slurring "I love Hitler." He was dismissed from Dior, left his namesake label and was convicted by a French court on complaints of anti-Semitic behavior.

He said he was under stress and admitted to being an alcoholic, and later apologized.

Maison Martin Margiela's parent company OTB announced in a statement Monday that they're bringing the 53-year-old Galliano on board as creative director, praising his "non-conformist creative talent."

"Margiela is ready for a new charismatic creative soul," said Renzo Rosso, president of OTB, according to WWD. "John Galliano is one of the greatest, undisputed talents of all time -- a unique, exceptional couturier for a maison that always challenged and innovated the world of fashion. I look forward to his return to create that fashion dream that only he can create, and wish him to here find his new home."

Margiela was seen as an avant-garde presence on the fashion scene under its founder but later struggled to retain its edge.