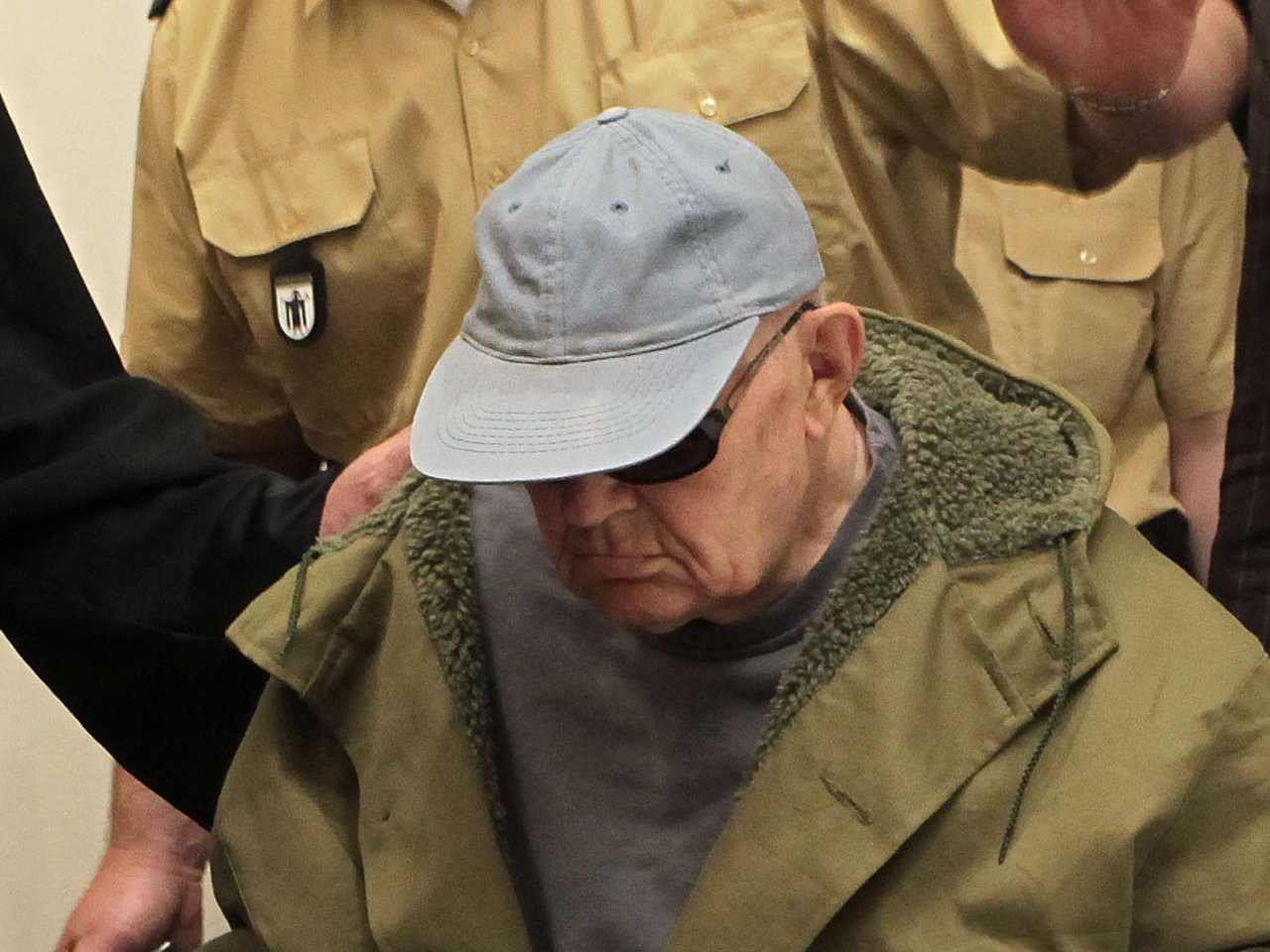 MUNICH - Retired Ohio autoworker John Demjanjuk was convicted of thousands of counts of acting as an accessory to murder at a Nazi death camp and sentenced on Thursday to five years in prison — closing one chapter in a decades-long legal battle.

It was not immediately how much credit the 91-year-old native of Ukraine he would get for time served.

Demjanjuk was charged with 28,060 counts of being an accessory to murder, one for each person who died during the time he was accused of being a guard at the Sobibor camp in Nazi-occupied Poland. There was no evidence he committed a specific crime. The prosecution was based on the theory that if Demjanjuk was at the camp, he was a participant in the killing — the first time such a legal argument has been made in German courts.

Demjanjuk sat in a wheelchair in front of the judges as they announced their verdict, but showed no reaction. Earlier Thursday, he had declined the opportunity to make a final statement to the court.

"The court is convinced that the defendant ... served as a guard at Sobibor from 27 March 1943 to mid September 1943," presiding Judge Ralph Alt said as he announced the verdict.

The verdict will not entirely end more than 30 years of legal wrangling. The defense has pledged to appeal any German conviction, and legal proceedings continue in the United States.

In the 1980s, Demjanjuk stood trial in Israel after he was accused of being the notoriously brutal guard "Ivan the Terrible" at the Treblinka extermination camp. He was convicted, sentenced to death — then freed when an Israeli court overturned the ruling, saying the evidence showed he was the victim of mistaken identity.

Demjanjuk maintains he was a victim of the Nazis — first wounded as a Soviet soldier fighting German forces, then captured and held as a prisoner of war under brutal conditions before joining the Vlasov Army, a force of anti-communist Soviet POWs and others was formed to fight with the Germans against the Soviets in the final months of the war.