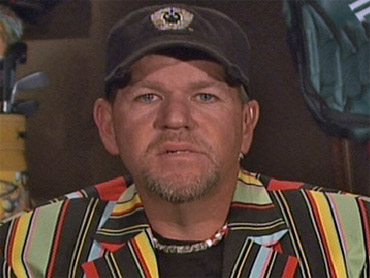 Fellow PGA golfer John Daly has a simple piece of advice for Tiger Woods: "Go out and play golf."

Daly, appearing on CBS' "The Early Show" Friday said Woods needs to surround himself with people who support him - his coach, his agent, his caddy.

It's been almost three weeks since Woods crashed his SUV into a tree outside his Florida home, and reports of several extramarital affairs, which he admitted to last week, and has yet to be seen in public.

"After much soul searching, I have decided to take an indefinite break from professional golf," Woods said on his Web site. "I need to focus my attention on being a better husband, father, and person."

Woods estimated fortune hit the billion dollar mark this past September and given the numerous accusations of infidelity - he could lose a large chunk of it if Elin indeed leaves for good, reports CBS News correspondent Jeff Glor.

Daly, who is currently going through his third divorce, said he has tried to reach Woods and "he just didn't want to talk to anybody."

"I feel if there is anybody in this world who could give him some advice ..." Daly told the Associated Press last week in Australia. "I hope we get him back soon. They always say there is no one bigger in golf than the game itself. But Tiger is."

He told "The Early Show" that if he had been in Woods' situation, he would have made a statement earlier to the press, but believes Woods is "getting good advice."

As for the other golfers on the tour, Daly believed most want Woods back as soon as possible. We should "support the man who has elevated our tour for the past decade."

But, he added, "there's no question we're going to miss the presence of the number one athlete on the globe." "Tiger spikes the ratings when he plays."

About Tiger's troubles , Finchem said, "he's gotta deal with these issues effectively - and then deal with the fans."