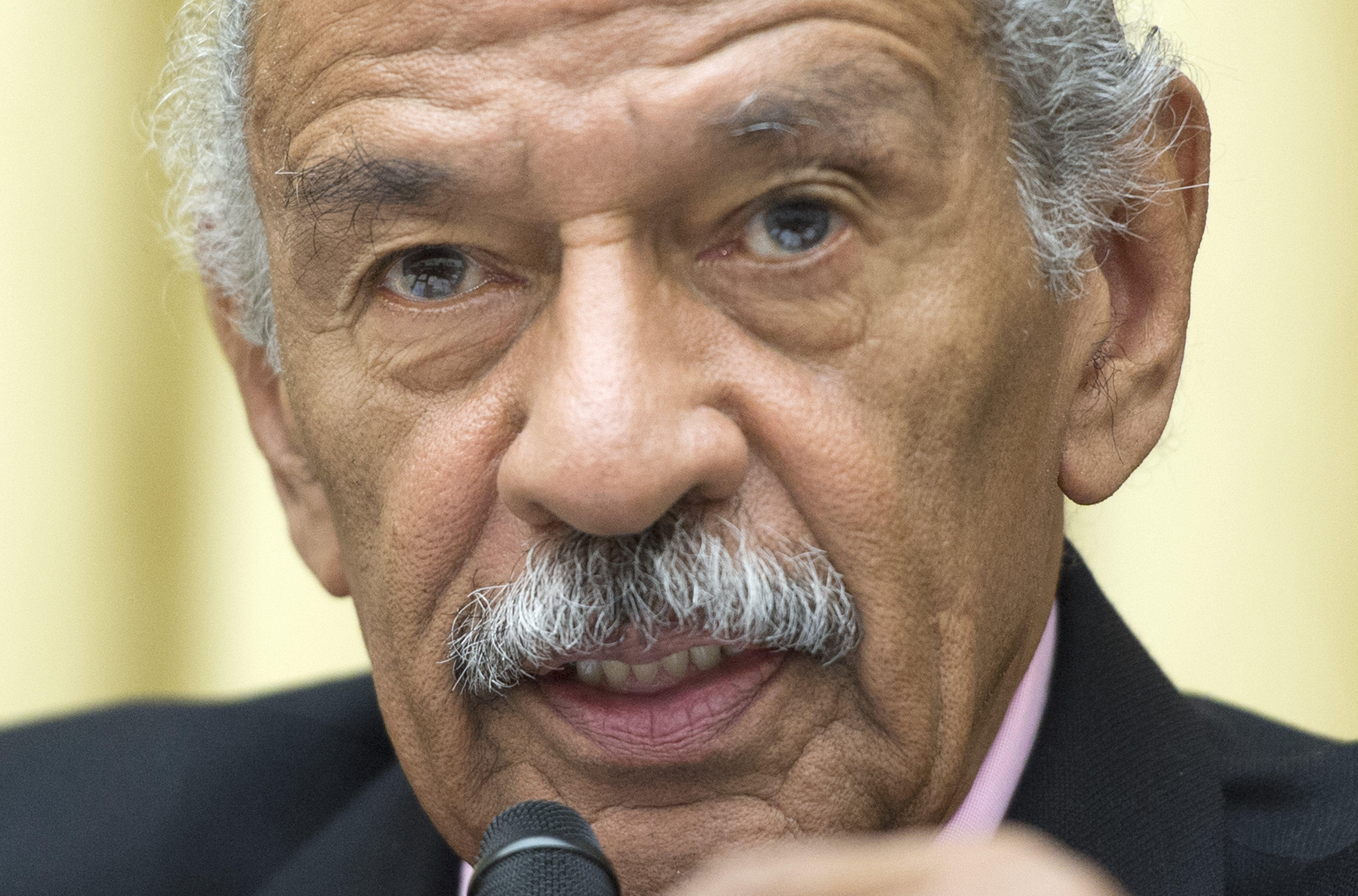 Rep. John Conyers, the top Michigan Democrat who has been accused of harassing former female staff members, is in a Detroit hospital for a stress-related illness, CBS News has confirmed.

Arnold Reed, Conyers' lawyer, confirmed he was hospitalized Wednesday night, and remains in the hospital. The 88-year-old Conyers returned to Michigan this week under increasing pressure to step down from Congress, after multiple women have accused him of sexually harassing them and making an effort to cover up the accusations. Another accuser, Marion Brown, appeared on NBC's "Today" show to claim Conyers "asked me to sexually satisfy him" in 2015.

"It was sexual harassment, violating my body, propositioning me, inviting me to hotels with the guys discussing business and then propositioning me for sex," Brown told the "Today" show. "He just violated my body, he has touched me in different ways and it was very uncomfortable and very unprofessional."

Conyers' lawyer told the Associated Press Wednesday he has no plans to resign. He did step down as ranking member of the House Judiciary Committee.

It's unclear where in Detroit Conyers is hospitalized. Family spokesperson Sam Riddle told reporters Thursday morning he is "resting comfortably."

"I just spoke with Monica Conyers on the phone and we'd like to let you know that the congressman is resting comfortably in an area hospital. He's doing OK, as well as can be expected, for a gentleman that's approaching 90 years of age," Riddle told a local ABC affiliate in Detroit Thursday.

Conyers' colleagues in the Congressional Black Caucus say it's not their place to urge the veteran lawmaker to resign over claims that he propositioned staffers, as CBS News' Nancy Cordes has reported.

"We think that is a decision for he and his family and his constituents to make," Rep. Cedric Richmond, D-Louisiana said.

Conyers' alleged behavior is under review by the House Ethics Committee.

"I have long been and continue to be a fierce advocate for equality in the workplace and I fully support the rights of employees who believe they have been harassed or discriminated against to assert claims against their employers. That said, it is important to recognize that the mere making of an allegation does not mean it is true. The process must be fair to both the employee and the accused. The current media environment is bringing a much-needed focus to the important issue of preventing harassment in workplaces across the country. However, equally important to keep in mind in this particular moment is the principle of due process and that those accused of wrongdoing are presumed innocent unless and until an investigation establishes otherwise. In our country, we strive to honor this fundamental principle that all are entitled to due process. In this case, I expressly and vehemently denied the allegations made against me, and continue to do so. My office resolved the allegations – with an express denial of liability – in order to save all involved from the rigors of protracted litigation. That should not be lost in the narrative. The resolution was not for millions of dollars, but rather for an amount that equated to a reasonable severance payment. There are statutory requirements of confidentiality that apply to both the employee and me regarding this matter. To the extent the House determines to look further at these issues, I will fully cooperate with an investigation."