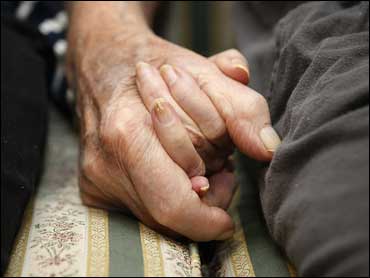 BUFFALO, N.Y. (CBS/AP) John Bunz is a 90-year-old man who's going to prison - for battering his wife of nearly 68 years to death, with a hammer.

Bunz was sentenced Wednesday to 17-1/2 years behind bars. He stumbled on his way into court in Buffalo and was helped to his chair by deputies.

He pleaded guilty in July to first-degree manslaughter.

Bunz had faced a more serious second-degree murder charge, but prosecutors agreed to the plea because of his age.

He admitted hitting his wife, 89-year-old Virginia Bunz, about 30 times with a hammer after the couple argued in March at the retirement village apartment they shared in the suburb of Amherst.

Bunz, a retired chemist and technician, was hospitalized briefly after the attack for injuries described as self-inflicted.