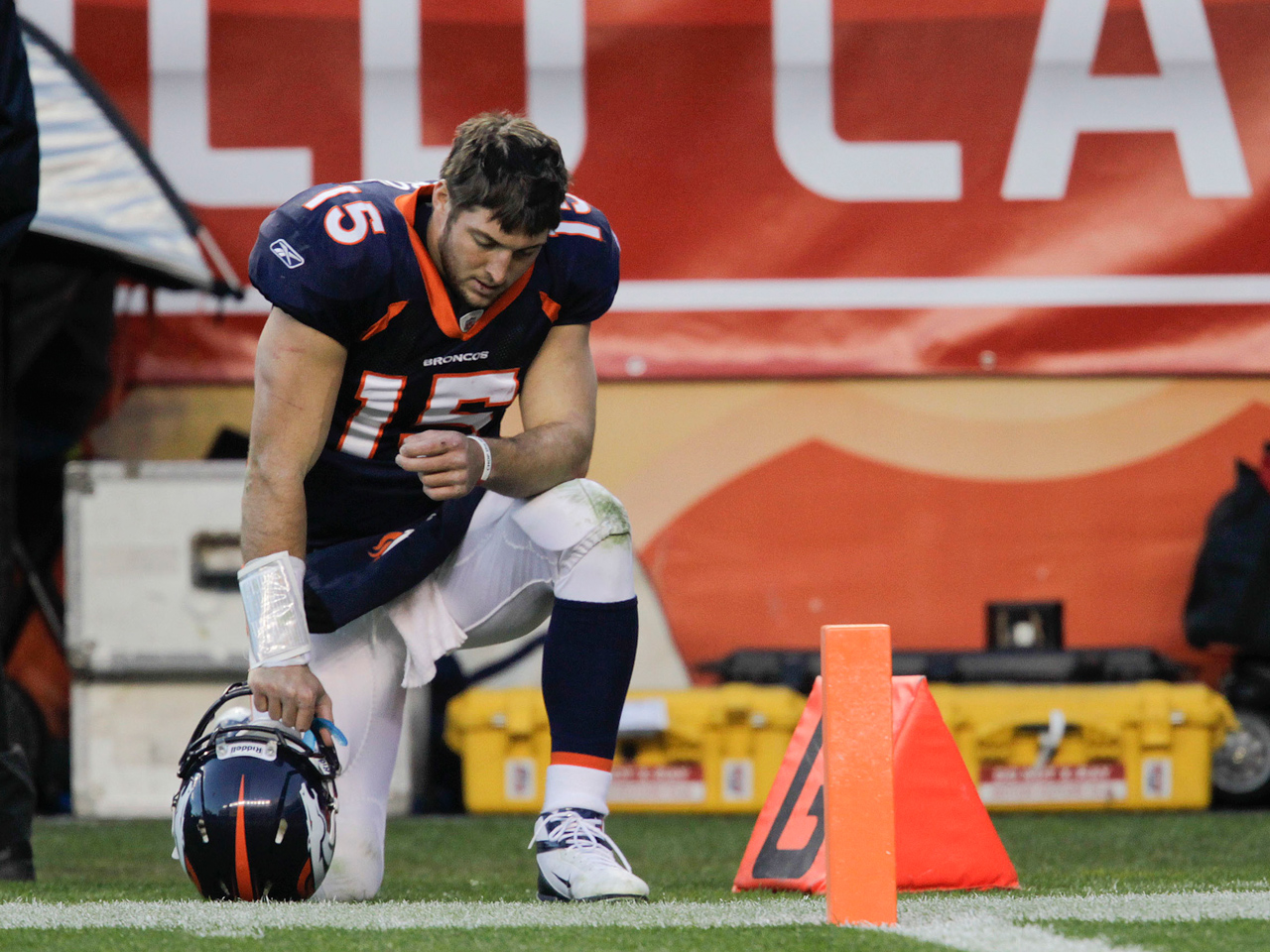 Tebow time is back in the spotlight - and inevitably so is the Denver Bronco quarterback's faith.

After throwing for a season-high 316 yards against the Steelers in a playoff win Sunday night, the religious symbolism was too much for the Twittersphere to resist.

John 3:16 is the biblical verse most associated with Tebow, primarily because he routinely wrote it on his eye black during his collegiate career at Florida. (The verse reads: "For God so loved the world, that He gave His only begotten Son, that whoever believes in Him shall not perish, but have eternal life.")

And Tebow's stat line - 316 yards passing and 31.6 yards per completion - was no coincidence to many of his fans.

Among the observations: "It's a little crazy that Tebows' favorite verse is John 3:16 and he threw for 316 yards & a couple of his bosses are named John. #faith"

Still, it's amazing that in one season Tim Tebow can give more PR to John 3:16 than Rollen (Rainbow Head) Stewart could do in two decades - he was the guy famous for wearing a rainbow wig and holding up John 3:16 signs at sporting events in the 70s and 80s.