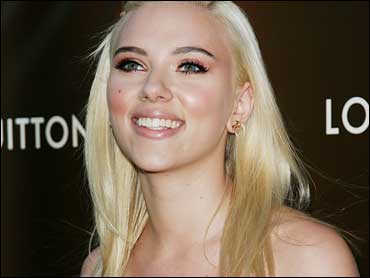 Scarlett Johansson, whose screen credits include "Lost in Translation" and "Match Point," will star as Mary, Queen of Scots, in an upcoming historical film epic.

The deal was announced Thursday at the Cannes Film Festival by production company Relativity Media.

Mary, a Roman Catholic, ruled Scotland from 1542 to 1567, but her designs on the throne of England — ruled by her Protestant cousin, Queen Elizabeth I — led to her downfall and beheading at the age of 44.

The film will be directed by James Curran ("The Painted Veil") and written by Jimmy McGovern (gritty British TV crime drama "Cracker").

Producers said the film would see Mary "battle political enemies, scheming allies, and affairs of the heart in her quest to reunite the warring tribes of her native Scotland."

Johansson, 22, has also starred in "The Girl With a Pearl Earring" and "The Black Dahlia."