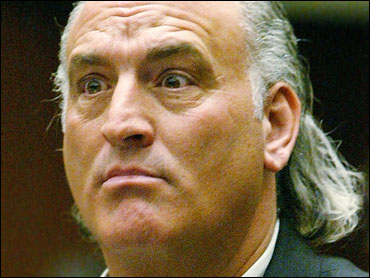 Joey Buttafuoco, the Long Island body shop owner who gained notoriety in the 1990s when his teenage girlfriend shot his wife, has been ordered to stand trial on a felony charge of illegally possessing ammunition.

Authorities said Buttafuoco, who has pleaded not guilty, violated terms of his probation by possessing ammunition found during a search last August of his San Fernando Valley home. On Thursday, Superior Court Judge Sanjay Kumar ordered him to trial.

He was running an auto body shop on New York's Long Island in 1992 when his 17-year-old lover, Amy Fisher, shot his wife as she answered the door at the couple's home.

His wife, Mary Jo, recovered. The couple remained together after the Fisher affair, but divorced after moving to California.