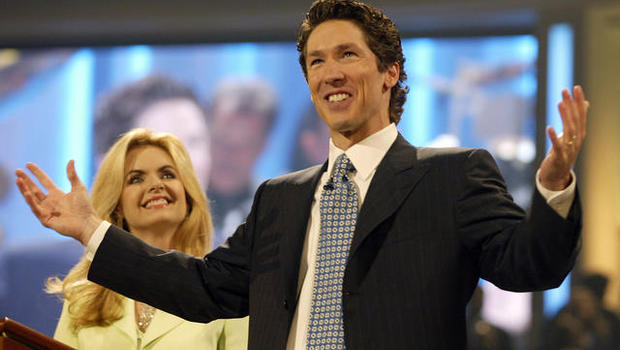 HOUSTON - An email sent to members of the Houston megachurch headed by televangelist pastor Joel Osteen revealed that cash, checks and credit card information were stolen from the Lakewood Church, reports the Houston Chronicle.

According to the paper, officials of Lakewood told members Monday that someone broke into the church's safe on Sunday evening and made off with the money, checks and card statements contained inside. The theft was discovered by an employee on Monday morning, the statement said.

Fox affiliate KRIV reported that the value of the safe's contents was roughly $600,000, though church officials said that the money in the safe had not been counted, according to the Chronicle.

Lakewood advised those who made contributions to the church on March 8 and 9 to keep an eye on their bank and credit card accounts, the paper reported.

"The funds were fully insured, and we are working with our insurance company to restore the stolen funds to the church," read the Lakewood statement.

"Lakewood Church is working in conjunction with the Houston Police Department to investigate this matter. We do not want to compromise the investigation by commenting at this time," Donald Iloff, Jr., a church spokesman, told the Chronicle on Tuesday.

The Houston Police Department is looking into the case, but would not release further details of the crime, according to the paper.