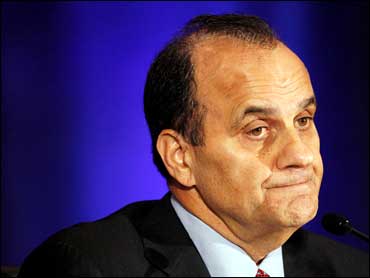 Joe Torre announced Friday he will retire as manager of the Los Angeles Dodgers, who are mired near the bottom of the NL West, and the team immediately said hitting coach Don Mattingly will replace him.

Torre took over the Dodgers for the 2008 season, following 12 years and four World Series titles with the New York Yankees, but he was not able to match that success in Los Angeles.

He led the team to NL West titles in each of his first two seasons, then lost both times to Philadelphia in the NL championship series. The Dodgers were next-to-last in their division, at 72-75, their playoff chances pretty much gone.

"It has been an incredible honor to wear the Dodger uniform, and I will always carry with me some very special memories from the past three seasons," Torre said in a statement. "This was not a decision I took lightly, but I believe it's the right one for myself and my family, and I'm truly thrilled that Donnie will be the one leading the Dodgers. It's time that the Dodgers had a new voice, and I have the utmost confidence in him. I know he's ready for the challenge."

Torre turned 70 in July and has a 2,318-1,990 regular-season record in 29 major league seasons as a manager that included stints with the Mets, Atlanta and St. Louis.

Mattingly was Torre's bench coach with the Yankees and lost out for the manager's job in New York when Torre left following the 2007 season. He then followed Torre to California as his heir apparent.

This will be Mattingly's first major league managing job.

"The opportunity to manage the Los Angeles Dodgers is truly an honor," Mattingly said in a statement. "There are few organizations in the world with the history, tradition and track record of success as the Dodgers. I'm looking forward to continuing what I came here to accomplish with Joe, and that's to win a world championship."

There had been little doubt that Mattingly would one day succeed Torre.

"Over the past three years, I've had the opportunity to work with Don closely and have gotten to know him both personally and professionally, and I'm convinced that he's the right person to lead the Dodgers," general manager Ned Colletti said. "His work ethic is unparalleled, his baseball knowledge is vast and his leadership skills have been established during more than three decades in professional baseball.

"Donnie has also learned alongside the best in the business. Joe Torre has been a great friend, a strong leader and an incredible presence for this organization and I cannot thank him enough for his service to the Dodgers. I respect his decision to step aside and I look forward to the day where I can watch him take his rightful place in Cooperstown among baseball's legends."