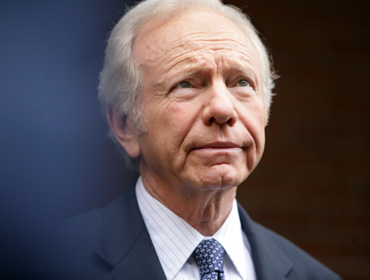 Sen. Joe Lieberman of Connecticut, who won reelection in 2006 after losing the Democratic primary and running as an independent, says he has yet to decide who to endorse in his state's Senate race.

"I was honored, blessed to be reelected as an independent, and so I'm approaching the elections this year here in Connecticut as most independents do - I'm listening to the candidates, I'm trying to decide what kinds of senators they would be, and then I'm going to decide," he said in video posted by CT News Junkie.

Lieberman added that he may not endorse anyone and said it's "theoretically possible" that he will back McMahon.

A reporter pressed him on why, given his concern about sex and violence on television, he would support McMahon, who became rich off WWE programming that contains significant doses of both.

Lieberman said he had met with McMahon on the topic but that he doesn't see it as relevant in the race.

"She's running for the Senate now, so I'm not going to hold her accountable for anything she did in the past," he said. "I want to hear what her ideas are on foreign policy, domestic policy."

Lieberman said Blumenthal has been a "great" attorney general but that he doesn't "know where he is on a host of other issues, including foreign policy issues."

"I don't want to make more of this than it is," he added. "I got elected as an Independent. I continue to be registered as a Democrat and we'll see what happens as this year goes on." He also said he is "skeptical" about the impact of endorsements, particularly his own.