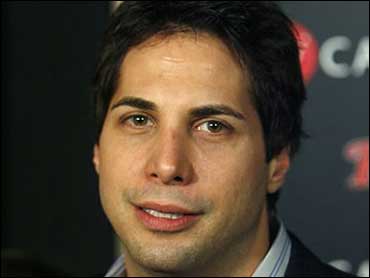 Florida prosecutors have lost their fight to stop federal marshals from taking the multimillionaire founder of the "Girls Gone Wild" video series to Nevada on tax evasion charges.

The marshals moved Joe Francis, 34, from a Panama City jail cell late Monday to rural Jackson County near the Georgia-Alabama border in preparation to move him to Nevada.

U.S. Marshals spokesman Dominic Guadagnoli said Francis would likely be sent to Reno before the end of the month.

Francis makes an estimated $29 million a year on videos of young women in sexually provocative situations.

U.S. District Judge Richard Smoak denied the state's appeal Tuesday afternoon. In his ruling, Smoak said the Florida charges had been pending for more than four years, and prosecutors' arguments that the orderly resolution of justice would be served by first trying Francis in Florida weren't persuasive.

"The law and justice require that Defendant Francis be permitted to appear in Nevada and confront the charges against him," Smoak wrote.

"We would obviously like to dispose of this case while we have him here. There is really no way for us to get him back while his case is pending in Nevada," Grammer said.

Larry Simpson, Francis' attorney in the Florida case, said all but six of 42 charges brought by the state in 2003 have been dismissed because of improper evidence.

"Mr. Francis is looking forward to resolving all of the charges against him," he said.

Francis drew the contempt of court sentence during settlement negotiations in a lawsuit brought by seven women who were underage when they were filmed by his company on Panama City Beach during spring break in 2003.

He has since reached a settlement with the women, but the terms were undisclosed.