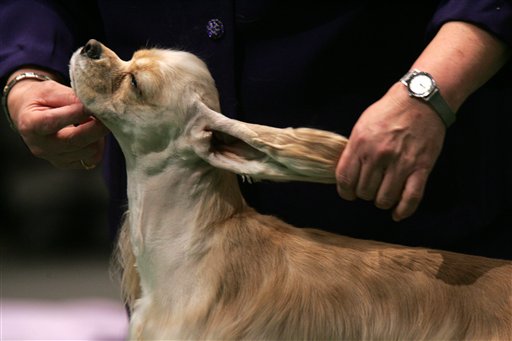 J.D. Reynolds, whose father was a teammate of Joe DiMaggio, stood behind a police barricade today watching family and friends march into the Hall of Famer's funeral.

DiMaggio, who died Monday at his Florida home at the age of 84, was eulogized by his brother, Dominick, at Sts. Peter & Paul Church in a private funeral Mass.

Seven limousines pulled up the church about 10 a.m. PST, under a sunny sky, bringing about 50 family members and friends to the service.

As a child, Reynolds hung out in the Yankee clubhouse where his father had a locker two down from DiMaggio's.

"My dad said DiMaggio was the greatest player he had ever seen," Reynolds said. "My dad said he had a great record because, when he was pitching, someone would hit one and Joe would run a mile to catch it."

About 100 people stood across the street from the church in Washington Square, where exercisers doing their morning routine of tai chi were barely disturbed by the crowd.

The American flag in the square flew at half staff.

Scaffolding was erected in the park for TV cameras and barriers put up to control the crowd in front of the church, where DiMaggio received his first communion and married his first wife.

The church, whose twin steeples tower over the North Beach neighborhood in which DiMaggio spent most of his childhood, was closed to the public as the Rev. Armand Oliveri led the service for DiMaggio.

The 79-year-old priest who had known DiMaggio since the two grew up together said the service was a regular funeral Mass, including Psalm 23 as well as readings from both the Old and New Testaments.

"They said they wanted it to be family, and that was about it," Oliveri said. "Perhaps some close friends."

The ornate church, dark and solemn despite the light filtering through its stained-glass windows, has been visited by President Lyndon Johnson and Vice President Walter Mondale. It also was the site of funeral services for former San Francisco Mayor Joseph Alioto.

There were no indications at the church entrance Wednesday of what was to come. There was no mention of DiMaggio on a bulletin board announcing the times for Masses in English, Italian and Chinese.

Inside Sts. Peter and Paul, secretary Aurora Piazza leafed through a church book to a two-page spread of DiMaggio and actress Dorothy Arnold from their wedding on Nov. 19, 1939. Piazza, who grew up in North Beach, waited outside the church on that autumn day 60 years ago to catch a glimpse of the newlyweds.

Church organist Lola Simi, who will be joined by two singers for the funeral service, was preparing "Amazing Grace" and Schubert's "Ave Maria" among five musical works requested by the DiMaggio family.

The funeral procession was set to pass DiMaggio's former home on Beach Street on its way to Holy Cross Cemetery in nearly Colma.

Joe Jr., who had not talked with his dad in two years, was DiMaggio's only child. His mother was Dorothy Arnold, whom DiMaggio divorced in 1943. DiMaggio wed Marilyn Monroe in 1954 and they divorced later that year.

Morris Engelberg, DiMaggio's close friend and attorney, said the Hall of Famer wanted a private religious service and that his family was determined to follow his wishes. That meant excluding people such as Yankees owner George Steinbrenner.

Yankees spokesman Rick Cerrone disputed that Steinbrenner wasn't invited, saying the Yankees owner was asked to accompany the family to the West Coast. Cerrone said Steinbrenner declined the invitation because he didn't want an exception to the guest list made in his case.

"If there was one more person outside the family to be there, Joe would have wanted George Steinbrenner," Engelberg said Wednesday. "He really loved George, and said he was one of the most humane people he knew. I agree. But the family had to say, and reluctantly so, no one else."

In addition to DiMaggio's son, other pallbearers were Roger Stein and James Hamra, the husbands of DiMaggio's two granddaughters; Joseph DiMaggio, son of the ballplayer's late brother, Mike; Joe Nacchio, a friend of DiMaggio's for 59 years; and Engelberg.