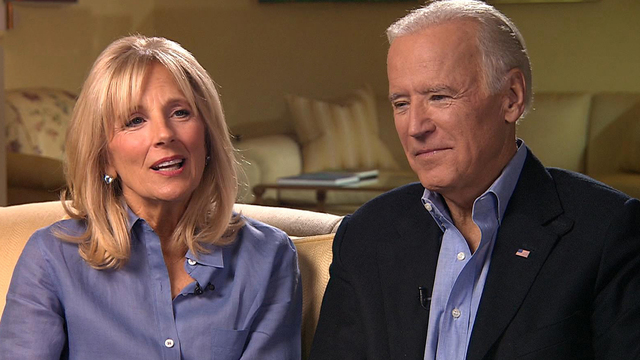 In an interview with "60 Minutes" that aired Sunday, Vice President Joe Biden knocked down reports that his son Beau Biden pleaded from his death bed that his father take one more shot at the White House.

"Beau, from the time he was in his 30's -- or actually his late 20's -- he and Hunter were my most reliable advisers," Biden said of his two sons to CBS News' Norah O'Donnell.

"Beau all along thought that I should run and I could win," Biden said. "But there was not what was sort of made out as kind of this Hollywood-esque thing that at the last minute Beau grabbed my hand and said, 'Dad, you've got to run, like, win one for the Gipper.' It wasn't anything like that."

Biden announced last week that he was opting out of the 2016 presidential campaign because he had simply run out of time to mount a successful campaign. His decision was delayed after his 46-year-old son Beau died of brain cancer in May.

In his interview with O'Donnell, Biden said he made the "right decision for the family."

"I'll be very blunt," he said. "If I thought we could've put together the campaign that our supporters deserved, that our contributors deserved, I would've done it."

However, he said that it simply "took that long for us to decide," adding that "everybody grieves at a different pace."

"It just takes time, and until you get there, you know, it's not an appropriate thing to throw your -- and by the way -- you can't run for president unless you throw your entire being into it."

Biden said that his decision wasn't about the current Democratic frontrunner Hillary Clinton.

"I still think I could do a better job than anyone else could do" as president, he said. "That's the reason to run -- I wouldn't run against Hillary."

The vice president said he thought that both Clinton and her chief 2016 Democratic rival, Sen. Bernie Sanders of Vermont, did a "great job" in the first Democratic primary debate.

"I've debated Hillary 13 times in national presidential debates. I know Hillary," Biden said. "I know her debating skills, I know mine. I've never had any doubt about her intellect or her capacity to debate, and I thought she did a - she comported her self really well."

While he's not running for president again, Biden reiterated that he still wants to influence the direction of the Democratic Party, as well as the direction of the nation. He conceded that Clinton will run on "part" of the Obama administration's legacy, but not all of it.

"She's already made a decision on two important things -- it doesn't mean she won't be a great president," he said.

In his remaining months as vice president, Biden said he's looking forward to "really beginning to nail down this commitment to work on cancer."

Additionally, he said he's hopeful the administration can work with Republican Rep. Paul Ryan, who's expected to serve as next speaker of the House, "toward an accommodation on the budget and on keeping the government open."

"I really don't think it's healthy, and I hope he reconsiders this sort of attack on all immigrants," Biden said. "I think that is beneath the country...and I hope he doesn't really believe it."