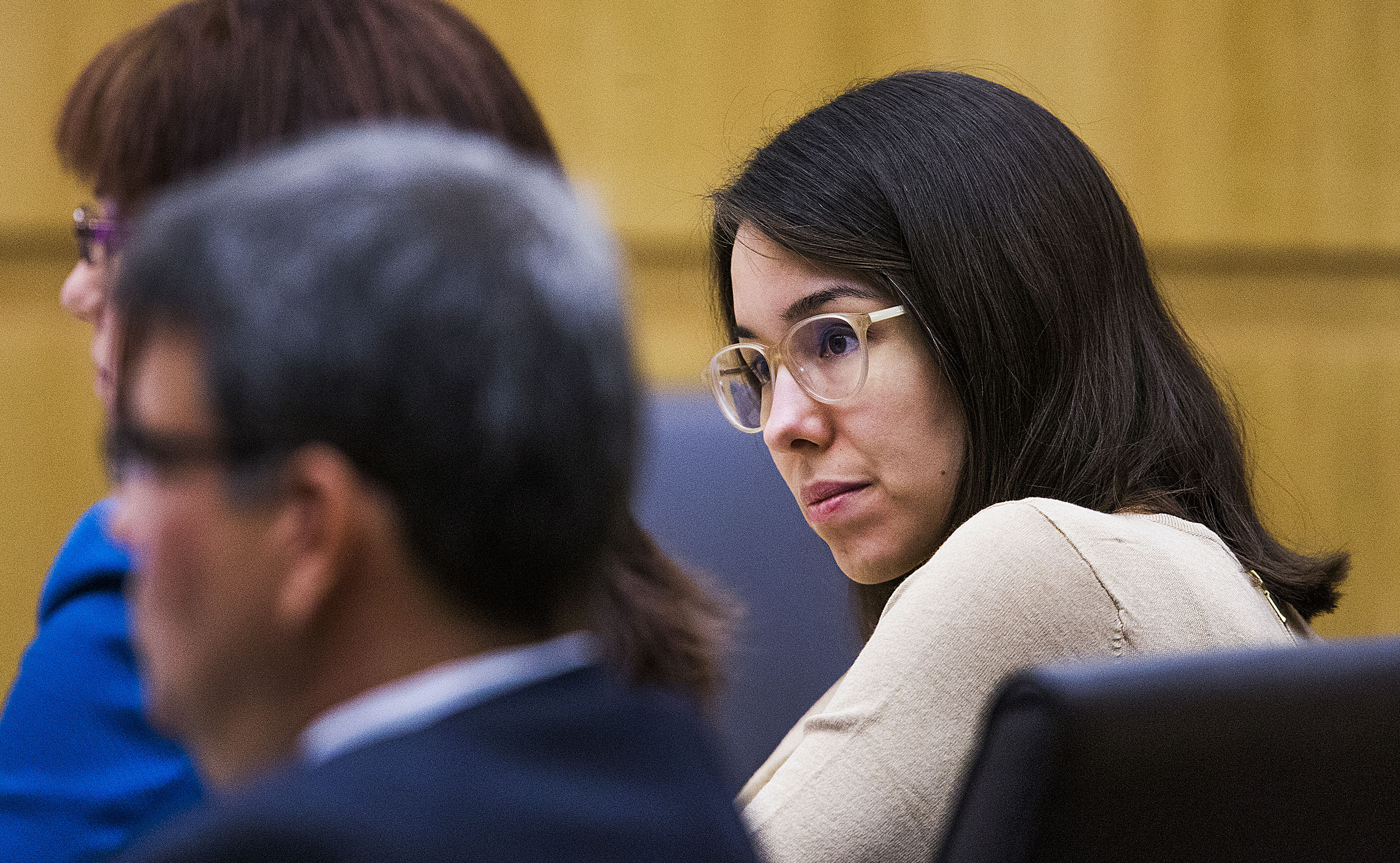 PHOENIX - The Jodi Arias sentencing retrial began Tuesday with lawyers alternately portraying her as a vicious killer and a hard-luck case deserving a second chance.

As he delivered his opening statement, prosecutor Juan Martinez displayed a photo of the slit throat of Arias' boyfriend and victim Travis Alexander, who also was shot and suffered about 30 stab wounds in his Mesa, Ariz. home more than six years ago.

Prosecutors say Arias killed Alexander in a fit of jealousy and rage after he broke off their relationship and wanted to see other women.

Defense lawyer Kirk Nurmi countered Tuesday by citing Arias' clean criminal record until the killing as one of the reasons she deserves a life sentence, not death. He also said she suffers from mental illness and was a victim of child abuse.

"It's up to you to write the final chapter to this story," Nurmi told the new jurors deciding whether Arias should live or die.

The 34-year-old Arias was convicted of murder last year, but that jury deadlocked on whether to give her the death penalty or life in prison.

A second jury was seated Tuesday morning - 12 jurors and six alternates, whittled down from a pool of 400 - after a selection process that took several weeks, reports CBS affiliate KPHO.

The start of the sentencing retrial was less of a spectacle than the initial case in early 2013, when onlookers from around the country traveled to Phoenix and lined up outside court for a case that became a tabloid TV sensation.

The tumultuous relationship of Arias and Alexander became a major part of the coverage as intimate details of their time together were revealed in the courtroom.

The first trial was broadcast live, but Judge Sherry Stephens imposed restrictions this time. Cameras are allowed at the sentencing retrial, but none of the footage can be broadcast until after jury's decision is read.