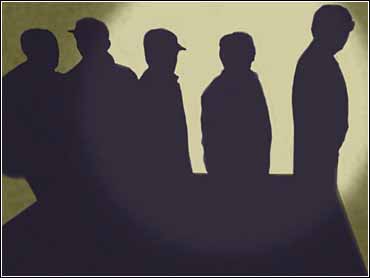 House Republicans are mulling whether to attach parts or all of their failed economic stimulus bill to legislation that would extend unemployment benefits by 13 weeks.

House Majority Leader Dick Armey, R-Texas, said Thursday that many in the GOP want to improve the straightforward extension in benefits passed by the Democratic-run Senate. Broader stimulus measures including billions of dollars in tax relief were shelved in the Senate on Wednesday.

"It is still the continuing hope of many of us that we might send back something that would help people get back to work," Armey said. "We don't think we should content ourselves with doing only the least we can do."

Individual items under consideration include a tax credit to help laid-off people purchase health insurance, an increase in expensing tax deductions for small business and a longer time frame for companies to deduct current losses against past taxes paid, according to Republican sources speaking on condition of anonymity.

Either move would force a House-Senate conference to work out differences, giving the GOP yet another chance to push for the broader stimulus proposals sought by President Bush.

No decision was made by GOP leaders Thursday on whether to attach the tax breaks or simply send the $10.8 billion unemployment extension to the White House for President Bush's signature. About 5.6 million people whose 26 weeks of regular benefits ran out or will run out between Sept. 11, 2001, and Jan. 6, 2003, would probably qualify for the extension.

Pence heckled at conservative conference in Florida
Click here for a closer look at the Bush presidency.

Senate Majority Leader Tom Daschle, D-S.D., sent a letter Thursday to President Bush saying that the extension is "urgently needed" by 300,000 people whose benefits ran out in December and another 2 million who will lose them in the coming six months.

Daschle, criticized by Republicans for pulling the plug on the stimulus bill, said the ideas suggested by House GOP leaders were "controversial tax measures" that would slow down the jobless benefits extension.

"The Republican leadership in the House of Representatives has never placed a high priority on passing this assistance to workers," Daschle said.

By Curt Anderson © MMII The Associated Press. All Rights Reserved. This material may not be published, broadcast, rewritten, or redistributed