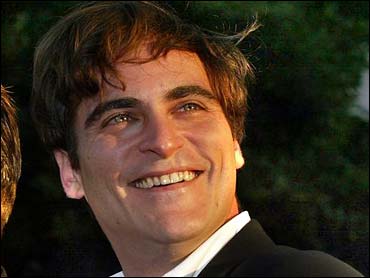 Actor Joaquin Phoenix has checked himself into a rehabilitation facility to deal with alcohol abuse problems, his publicist said.

"He was uncomfortable with the way that he was living his life and found the courage to deal with his disease," publicist Susan Patricola said in a statement Tuesday.

Phoenix, 30, voluntarily entered an undisclosed rehab facility two weeks ago and hoped that coming forward will encourage others with the same problem to get help as well, Patricola said.

Phoenix starred in 2004's "The Village" and was nominated for a supporting actor Oscar for his portrayal of Commodus in 2000's "Gladiator." He will portray legendary singer Johnny Cash in "Walk the Line" due out later this year.

His brother, River Phoenix, died of a drug overdose in 1993 outside The Viper Room in Los Angeles. The star of "Stand by Me" and "My Own Private Idaho" was 23.