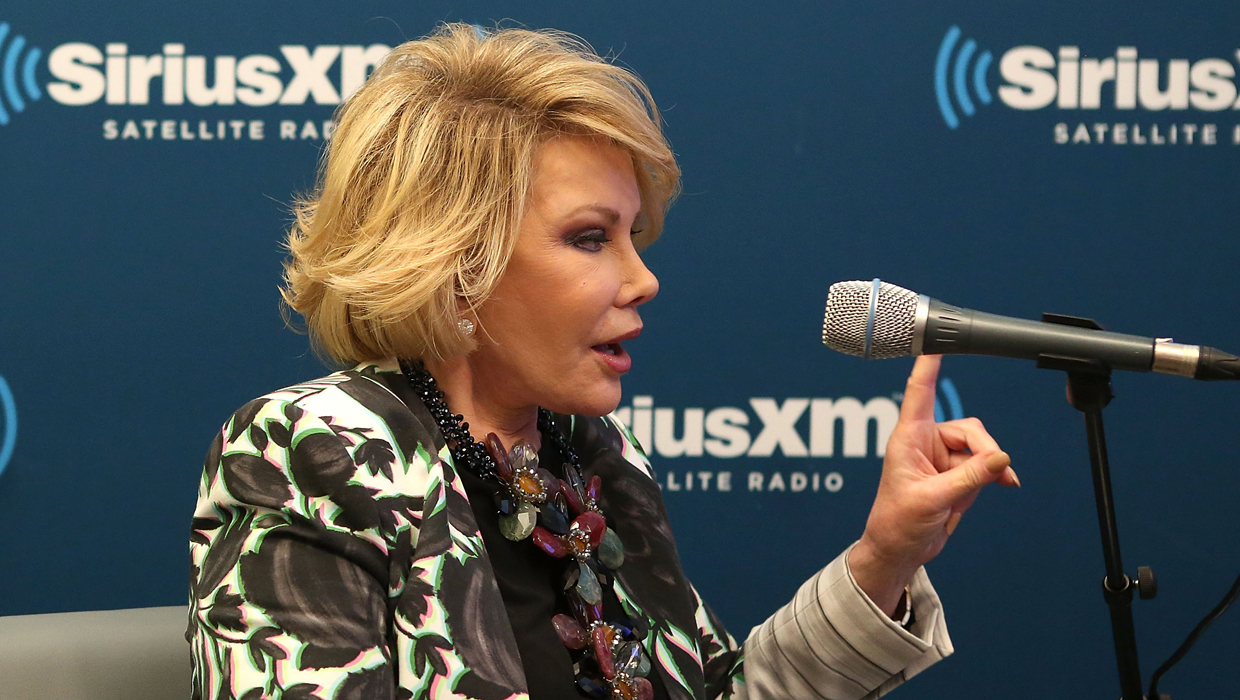 Joan Rivers is in hot water once again.

The "Fashion Police" host issued a clarification Thursday after TMZ posted video of her saying that Palestinian civilians "deserve to be dead."

Rivers was spotted at Los Angeles International Airport after she had disembarked from a flight and was asked by a TMZ reporter about the ongoing conflict in Gaza.

"Good," Rivers said when questioned on how she felt about the thousands of civilian Palestinians who have died during recent fighting in the warzone.

"This is the most numbers percentage-wise of civilian deaths," the reporter told Rivers.

"Who cares?" she responded, later adding, "At least the ones who were killed were the ones with very low IQs."

Following a firestorm of backlash on social media, Rivers issued a statement on her Facebook page claiming to have been misquoted.

"I am both saddened and disappointed that my statement about the tragedy of civilian casualties was totally taken out of context. What I said and stand behind is, war is hell and unfortunately civilians are victims of political conflicts," she wrote.

"The media, as usual, has decided to only quote the most out of context and inflammatory non sequitur rather than giving an accurate account of what my intentions were behind the statement. Along with every other sane person in this world, I am praying for peace."

Prior to the release of the TMZ video, Rivers had already come under fire this week.

On Sunday, The Village People group member Victor Willis called for a public boycott of Rivers after she said during a recent "Fashion Police" episode that Justin Bieber was trying to dress like a "big black thug."

Tell us: Should Rivers have backtracked on her comments?