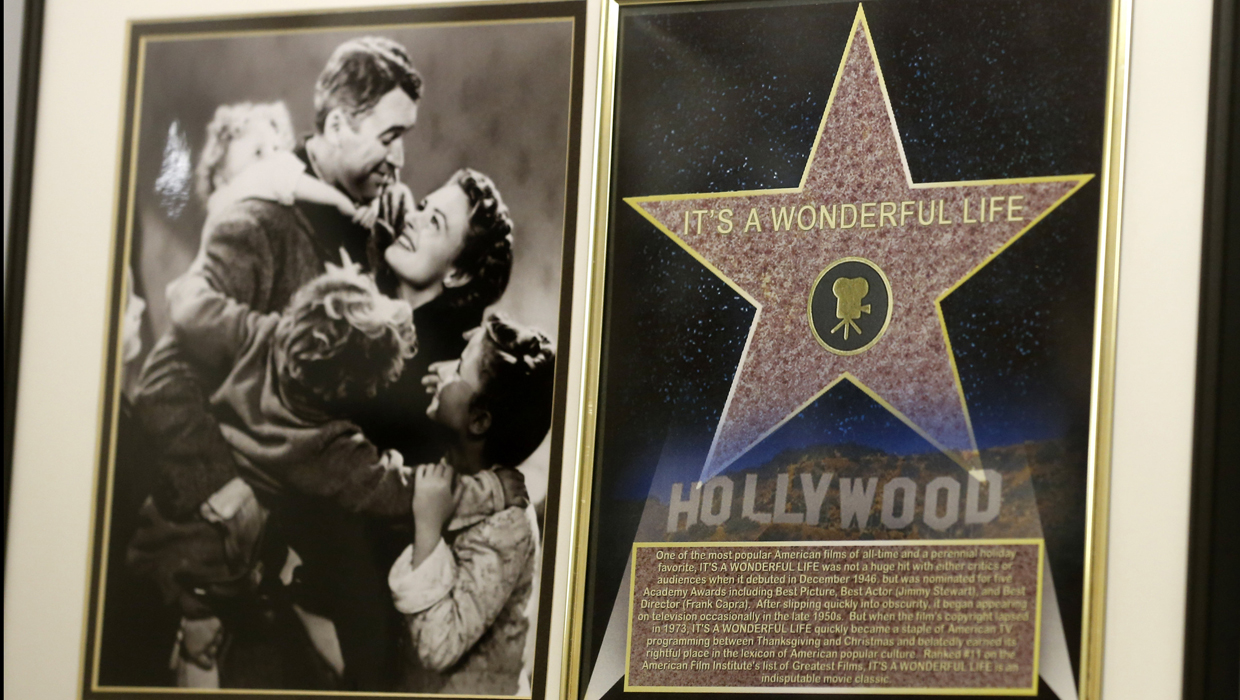 INDIANA, Penn. -- For a time it looked like the Jimmy Stewart Museum wasn't going to make it.

It's in the actor's hometown of Indiana, Penn. -- an hour's drive from Pittsburgh and off the radar of many fans who might want to attend. And the pool of fans is shrinking as those who grew up during the era of Stewart's films die out.

The number of tour buses that made special trips to the museum began to decline in 2009 and 2010, said Timothy Harley, the museum's director.  "The situation became very dire. That caused some pretty considerable concern, he said.

But the outlook has improved, at least of the next few years he said, thanks to loyal fans who began sending donations as the word got out about the plight of the museum.

It turned out that many people still had warm feelings for the star of "It's a Wonderful Life," the 1947 Christmas classic that featured Stewart considering suicide, but being talked out of it by a guardian angel named Clarence.

The donations ranged from small to substantial, Harley said. One was in an envelope containing a single dollar bill and a return address of "Clarence." And last year, Ken and Carol Schultz, a San Diego couple originally from western Pennsylvania, began making yearly $25,000 donations, which matches what the Stewart family gives.

Harley said the donations have stabilized funding problems for the small museum with a limited staff and budget. But they're not a long-term fix, he said.

The museum isn't fancy, which is partly why Stewart gave his blessing to the project before he died in 1997. It's full of displays not just about movies, but about Stewart's service as a bomber pilot in World War II, his well-to-do ancestors, and his family life.

Stewart flew more than 20 combat missions over Europe even though he was initially too thin to qualify for the military. Harley said Stewart's no-nonsense military service resonates with many young people who have served in Iraq or Afghanistan.

Stewart was awarded the Distinguished Flying Cross, The Air Medal, and the French Croix de Guerre, and by the time the war was over, he had risen from private to the rank of Colonel.

Pauline Simms, president of the museum's board of directors, said the displays that go beyond Hollywood are part of the attraction.

"The museum isn't just about the man, it's about the whole era. If fact, it's why some people come," said Simms, a native of the town who remembers getting Stewart's autograph at the end of World War II.

Still, there's plenty in the museum to satisfy movie fans. Harley notes that Stewart didn't just play the nice guy in some early films. "He played the heavy or the gangster" in some of the 1930s films, Harley said, and the museum has dozens of movie posters on display.

There's also a re-creation of Stewart's boyhood bedroom, and items from the hardware store his father ran until his death 1961.

The J.M. Stewart & Co. hardware store was founded in 1848, and Harley said Stewart's father was attached to the business even after his son became a world-famous Hollywood star.

Stewart's father, Alexander Maitland Stewart, wasn't ever entirely sure the movie business would work out for his son, so keeping the store made sense.