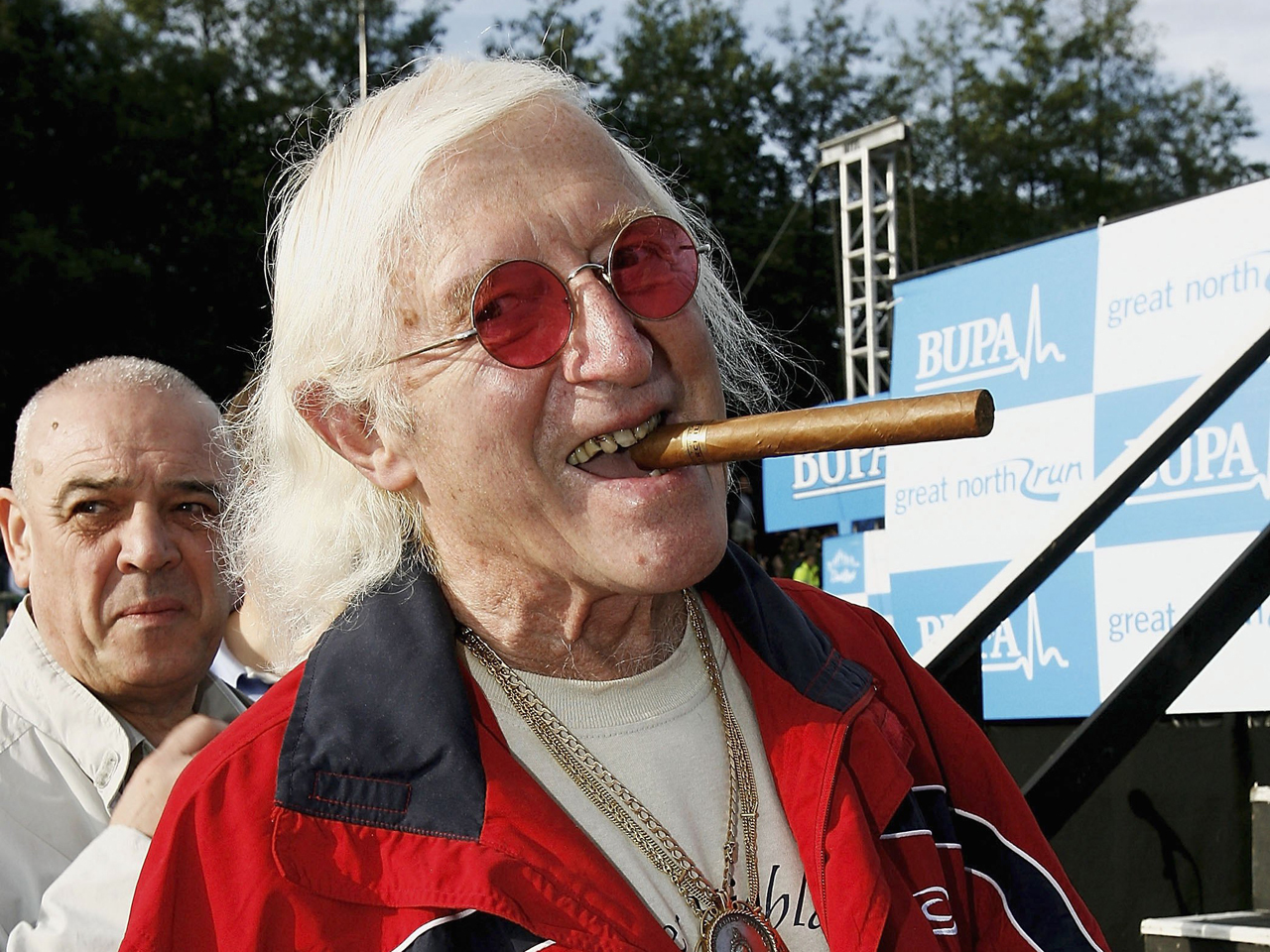 LONDON British police say the late entertainer Jimmy Savile committed more than 200 sex crimes over more than half a century, with most victims children and teens assaulted the length and breadth of Britain, from TV studios to hospitals and even a hospice.

Police said in a report released Friday that the scale of Savile's sex abuse was "unprecedented in the UK." They have recorded 214 offenses allegedly committed by Savile, including 34 rapes. In all, 450 people have come forward with information about abuse by the late TV presenter.

Savile's victims would be disappointed he had not faced justice in his lifetime, said Cmdr. Peter Spindler, a senior police officer.

"I hope that we have been able to bring some satisfaction for them. ... The victims themselves will get some sense of satisfaction from being heard.

"This whole sordid affair has demonstrated the tragic consequences of what happens when vulnerability collides with power," Spindler said.

Savile, he said, "groomed a nation" for sex abuse.

Peter Watt, of the National Society for the Prevention of Cruelty to Children, said Savile was an "evil and manipulative man" who "cunningly built his entire career around gaining access to vulnerable children."

Victims ranged from a 10-year-old boy who said he was sexually assaulted after he asked for an autograph to children who said they were groped when they attended a popular music show, and pupils at a school for troubled girls who were allegedly offered cigarettes and trips in Savile's car in return for sex.

Savile allegedly committed 57 offenses at medical establishments, including a hospice, and 14 at schools, and 33 at television or radio stations; 73 percent of his victims were under 18.

The catalog of abuse is the fullest accounting yet of the allegations against Savile, a TV and radio personality who died in 2011 at age 84.

Savile's elaborate funeral reflected his career as a popular entertainer and tireless charity worker, but a documentary broadcast last year pulled the mask away, claiming that Savile was a serial sex offender who traded on his celebrity to prey on vulnerable children.

"The details provided by victims of his abuse paint the picture of a mainly opportunistic individual who used his celebrity status as a powerful tool to coerce or control them, preying on the vulnerable or star-struck for his sexual gratification," the police report said.

Savile's abuse might have been brought to light earlier had authorities pursued allegations against him more seriously, officials said.

A parallel report drawn up by senior prosecutor Alison Levitt and also published Friday faulted officials for not pursuing allegations against him more vigorously. Levitt's report noted that several women had spoken to police about Savile between 2007 and 2008, but no charges were brought, in part because the women declined to testify in court.

Levitt said police could have tried harder to get them to speak out, noting in particular that the women weren't told that other victims had corroborated their accounts.

"Having spoken to the victims I have been driven to conclude that had the police and prosecutors taken a different approach a prosecution might have been possible," she wrote.