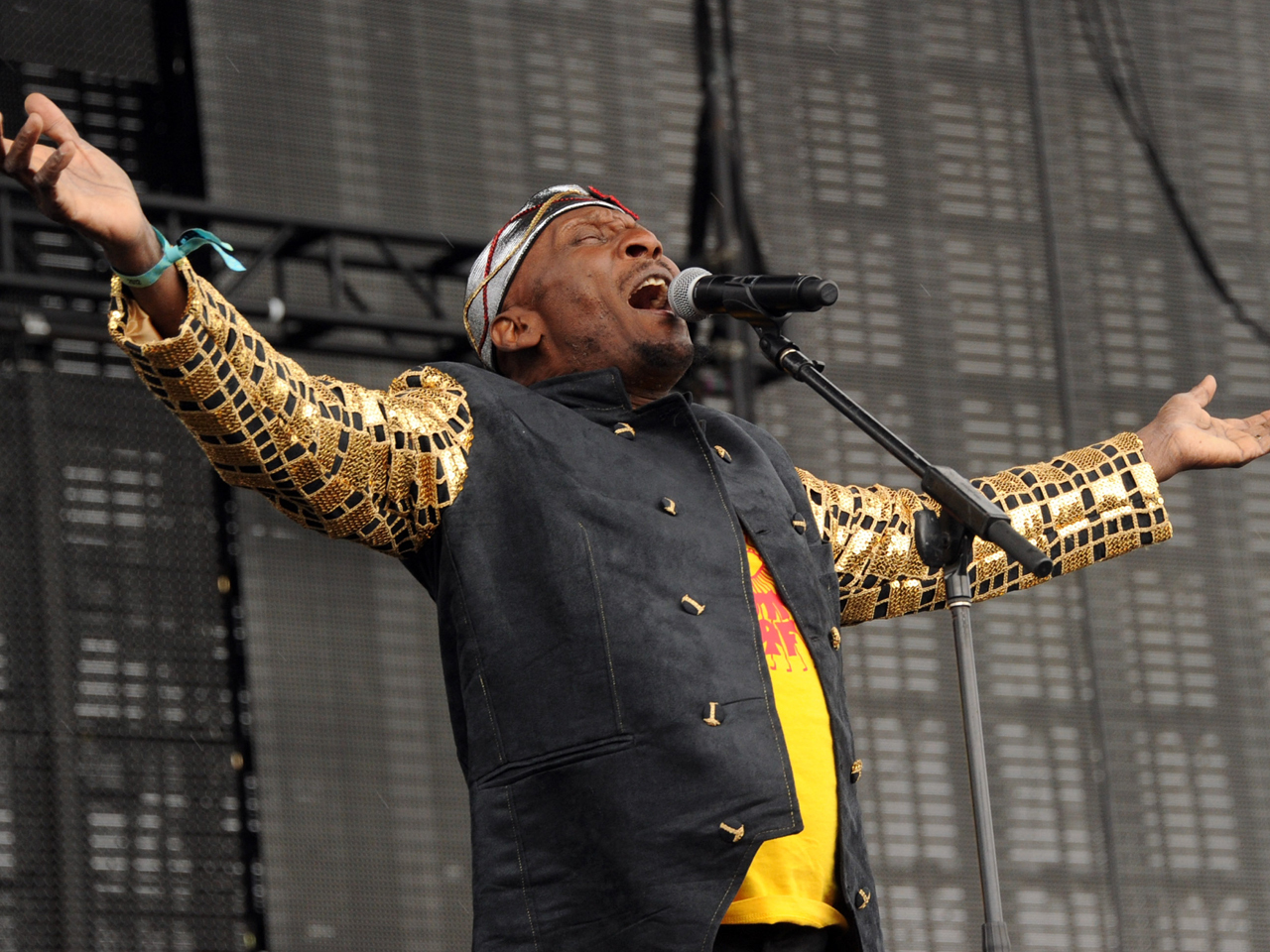 When the Super Bowl airs live on CBS this Sunday, keep a close watch in the second quarter for the voice and musical stylings of reggae star Jimmy Cliff.

He'll grace the small screen in a new game day spot for Volkswagen, performing a version of "C'Mon, Get Happy," the theme to the 1970s TV show, "The Partridge Family."

Cliff, 64, told CBSNews.com, "It's an icon type of song. When I lived in the U.K. I saw the TV series, so that's how I became familiar with it."

And now the classic track takes on a whole new meaning with Volkswagen's 2013 "Get In. Get Happy" campaign.

You will probably recognize a few familiar faces in the teaser for the upcoming Super Bowl TV commercial. Many of the people making cameos became YouTube sensations for their respective freak-outs, meltdowns and temper tantrums. Hence the need to "get happy." Cliff ends up serenading the irritated folks with his music.

"It took two days to do it out in California and the first day was pretty cold for California," said Cliff, who's behind such songs as "The Harder They Come" and a hit version of "I Can See Clearly Now." "I was surprised. I was coming out of New York and New York was a bit cold and I go to California and it's cold."

But the Jamaica native didn't mind. "It was sunny," he added.

"It [the shoot] was well-organized," Cliff said. "We all had fun. I certainly did mingle with all the people who I didn't know before. We became quite acquainted. It was really great. I made good connections."

"I've always been a humanitarian through my work, my music," said Cliff, who was inducted into the Rock and Roll Hall of Fame in 2010. "That's what I've been portraying all my life. So, when they came up with the concept, I contributed to it by saying yes. It's a natural for me."

When asked what he thinks about celebrities teaming up with brands, Cliff said, "The world has changed and technology has changed and we have to acknowledge and accept that it's a changing life....it has become a part of what the business is. It's part of the change so I go along with the change."

Volkswagen's 2013 Super Bowl commercial features a man who brightens up his dreary office environment with a positive attitude and a Caribbean accent. Cliff's voice -- along with the song "C'Mon, Get Happy" -- can be heard throughout the ad. It's the same ad that has come under fire from some critics, who argue it's offensive and culturally insensitive. Still, Jamaica's government and tourism ministry have endorsed the commercial. Check out the Super Bowl day clip below.

Cliff, meanwhile, says he plans to watch this year's Super Bowl from Miami.

"I think they did a fantastic job," he said. "And I think it's going to be the uplifter of the Super Bowl."