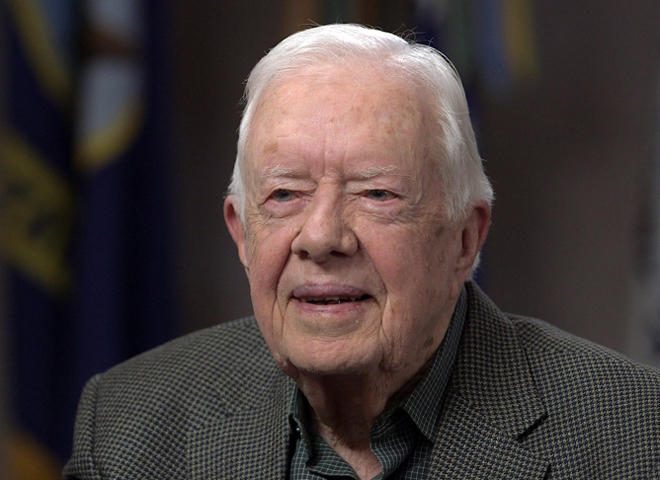 Carter began by noting the crowd was even bigger than 2017.

Carter said, "I don't know if President Trump would admit that." The remark harkened back to controversies over Mr. Trump's claim of a massive inauguration crowd exceeding 1 million, despite photographic evidence suggesting otherwise.

Carter is the third president Liberty has hosted for commencement. The university is a hub for conservative politics, often frequented by candidates courting evangelical voters. The university is led by one of Mr. Trump's most vocal supporters, Jerry Falwell Jr.

Carter is an evangelical as well, but with a more progressive view of Christianity.

The bulk of Carter's speech emphasized broad themes of human rights and equality.