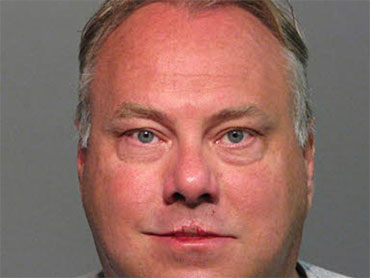 The former chairman of the Republican Party of Florida was arrested Wednesday for allegedly running a scam bilking money from the party.

The Florida Department of Law Enforcement took Jim Greer, 47, into custody at his Orlando-area home. He is charged with one count of organized fraud, four counts of felony grand theft and one count of money laundering, said William Shepherd, Florida's statewide prosecutor.

Greer funneled party money to a company called Victory Strategies that he controlled and concealed his relationship with, investigators said. On Greer's orders, the Republican Party of Florida paid Victory Strategies for campaign work, much of which was never performed. That was in addition to a 10 percent cut of major donations to the party that Greer took along with his top assistant, Delmar Johnson, Shepherd said.

Greer got about $125,000 of the almost $200,000 that the party paid Victory Strategies, the statewide prosecutor said.

Victory Strategies also received money from a fund Greer had set up for his re-election campaign as party chairman, he added.

Greer resigned in February after reports surfaced that he used party funds on ritzy hotels, gourmet restaurants and private jets. Johnson is helping with the investigation and isn't being charged, prosecutors said. He declined comment when contacted by text message Wednesday.

Greer's steep descent from party chairman to pariah could drag down Gov. Charlie Crist's bid for U.S. Senate. The two are longtime allies, and Crist backed Greer until the day he stepped down.

Greer's attorney did not immediately return telephone and e-mail messages seeking comment. Greer is being held in lieu of $105,000 bail.

Crist said at a press conference Wednesday that he was disappointed by Greer's arrest but does not think it will hurt his independent Senate campaign.

"It's surprising," Crist said. "Sometimes you're disappointed by people."

Current state GOP Chairman John Thrasher said in a statement that the party will continue to cooperate with investigators.

"We look forward to justice being served," he said.

He previously said he was told March 15 that the party may have been the victim of illegal activity after an audit discovered Greer's role in Victory Strategies. Thrasher reported the findings to the attorney general's office, which referred the case to state officials.

Greer was a surprise pick for chairman after he led local efforts to help Crist get elected, and Crist defended him through the day he resigned.

Crist has since abandoned the GOP to run for U.S. Senate as an independent after polls showed he could not beat tea party favorite Marco Rubio in a Republican primary. The statewide prosecutor refused to say whether Crist had been interviewed as part of the investigation into Greer.

Greer also brought along a mini-entourage of his own on most trips.

The statements released earlier this month detailed more than $7 million in charges on cards held by 30 elected and party officials and their staff during Greer's three years as chairman.

Rubio, a former state House speaker, charged nearly $110,000 to a party-issued card. Among the charged items were repairs to Rubio's family minivan, grocery bills, plane tickets for his wife, and retail purchases, including one from a wine store.

Campaign aides have said the charges were tied to party business and legitimate; for instance, they said, the minivan had been damaged while being used on GOP travel. They also said Rubio paid American Express $16,052.50 to cover non-party expenses when they happened.

But Rubio recently sent the party a $2,417.80 check as reimbursement for personal airline flights he said were mistakenly charged to the GOP credit card. Rubio blamed the expense on an accounting error.

"The Florida Democratic Party will continue to fight to hold the Republicans accountable for taking our state down the path of indictments, arrests and criminal investigations and stand up to the GOP culture of corruption in Tallahassee," state Chairwoman Karen Thurman said in a statement.