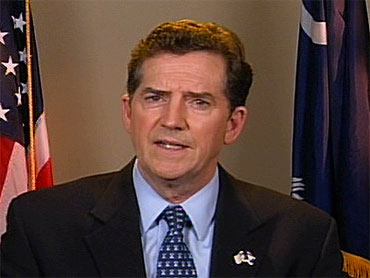 (CBS)
Sen. Jim DeMint is standing by his decision to block President Obama's nominee to lead the Transportation Security Administration.

DeMint said this morning on NBC's "Today Show" this morning that the Congress should take the time to debate Southers' nomination before confirming him.

"What I've asked for is some debate and a recorded vote," he said.

The senator's opposition has to do with whether Southers would allow TSA employees to have collective bargaining, which DeMint opposes.

"He will not give me a straight answer," DeMint said. "This is all about politics and not security. What I want is a few hours of debate on Mr. Southers to help focus the nation back on security and get this politics, particularly union politics, out of security apparatus."

DeMint outlined his argument for the hold in an op-ed in the Greenville News: "Today, screeners are permitted to choose to join a union, but collective bargaining would mean that union bosses would represent every TSA screener and security officials would be forced to negotiate with union bosses before making critical and timely security decisions."