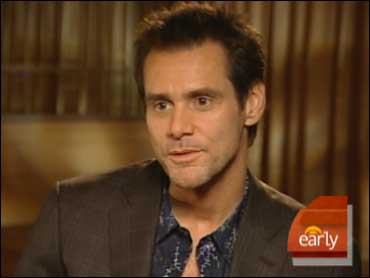 The new Jim Carrey movie, "Yes Man" starts with a simple idea - say yes to everything in life.

Carrey has mimicked that philosophy in his own life and has said yes to some pretty outrageous things.

Carrey plays Carl, a bank loan officer stuck in a rut saying no to everything, until he turns his life around with one word, "yes."

Staring in a movie called "Yes Man" made it impossible for Carrey to refuse any requests on the set, so he decided to perform every stunt.

"Every physical thing you could ever imagine in one week and so it was a gauntlet. The X-Gamer took over in my head and I went 'I'm going to go for this,'" Carrey told Early Show correspondent Hattie Kauffman.

In a bar scene, he broke three ribs, but then said yes to bungee jumping.

"Even when I was doing the bungee jump, they were still tender and I was thinking 'Am I going to pull my ribs apart by doing this bungee jump?' And then I was thinking about actual death. It was like, 'Oh, I could be crossing over here,'" Carrey admitted.

But Carrey has always said yes to life, beginning when he was just a kid.

Carrey was so confident that when he was just 10 years old, he sent his resume to "The Carol Burnett Show."

"Yes. I believed in myself from the get go. I was trying to get on as a regular and I got a letter back from "The Carol Burnett Show" saying 'We hire our talents by agencies, but we wish you best of luck and it's pretty amazing that a 10-year-old can do 150 impressions.' All I cared about was that I got a letter from Hollywood," he said.

Recently, Carrey gave a rare tour of his home to Steve Kroft of "60 Minutes." His home, like a sanctuary, is where he finds peace of mind.

Another positive force in his life is actress Jenny McCarthy.

Her son, Evan has autism and she says that Carrey's comedy has been healing. She credits Carrey with reaching Evan through his autism.

"I definitely have reached him on the level of friendship between us and doing Star Wars imitations and he is really into it. He loves being Darth Vader and he loves when I am the emperor. 'Luke Skywalker! Talk to Luke Skywalker!' I tell him to choose the dark side of the force," he joked.

Like his character, Carrey chooses to embrace life by saying "yes," but he admits that saying "yes" has backfired before.

"Yes. Absolutely. But, you know, I don't believe in backfires. I believe that everything we do is for a purpose. I've said yes to some funky things, absolutely, that I go, 'That's going to be with me for a while. Stain! Going to call it a UFO!' It follows you for years afterwards," he said.

Carrey caused some buzz with his bathing suit swap with McCarthy, which was a huge hit on the Internet.

But then, getting laughs is a big part of what Jim Carrey is all about. 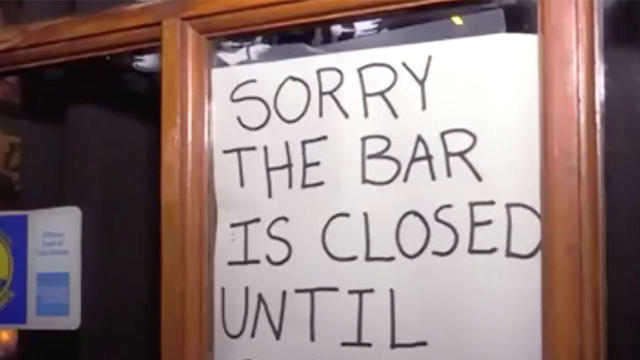