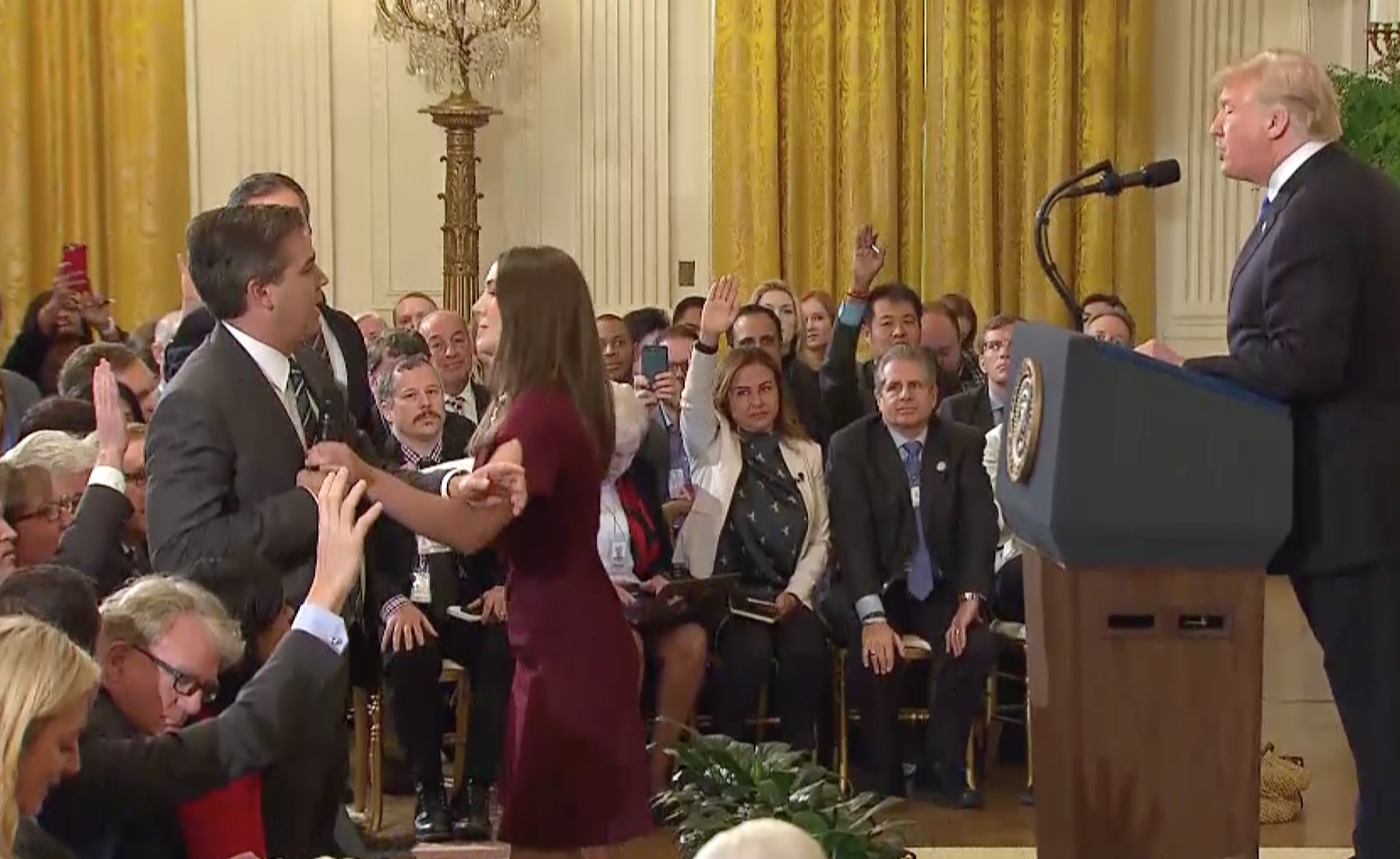 Less than a day after banning CNN reporter Jim Acosta from the White House, press secretary Sarah Sanders is facing additional scrutiny after sharing an edited video clip that showed Acosta's brief exchange with an aide over a mic. Among the critics was a CNN executive who called it "a doctored video – actual fake news."

The White House said Wednesday it was suspending Acosta's "hard pass," which allows him press access to the White House, because it will "never tolerate a reporter placing his hands on a young woman just trying to do her job as a White House intern."

"This is a lie," Acosta tweeted in response to that statement.

The incident in question occurred during a White House press conference Wednesday, when Acosta was trying to ask President Trump a question about whether his campaign rhetoric "demonized immigrants." "That's enough. That's enough," Mr. Trump said, and tried to move on to another reporter, but Acosta persisted with his questioning.

At that point, a White House intern reached over and tried to take the microphone away from him. "Pardon me, ma'am," Acosta said to her as he hung onto the mic. (Watch the full video in the player above.)

Sanders shared an edited version of the footage that slows down the intern's approach to Acosta and then appears to speed up on the journalist's arm movement. "We will not tolerate the inappropriate behavior clearly documented in this video," she wrote in a tweet.

Journalists and others on social media criticized Sanders for distributing the video, which created the appearance that the encounter was more "violent" than it actually was.

"Absolutely shameful," CNN vice president of communications and digital partnerships Matt Dornic tweeted. "You released a doctored video – actual fake news. History will not be kind to you."

Reporters from CNN, Newsweek, the Washington Post and other outlets traced the origins of the edited video and said it was first posted by a commentator associated with Alex Jones' right-wing conspiracy site, InfoWars.

Sanders stuck by the White House statement — and the video — on Thursday.

"The question is: did the reporter make contact or not? The video is clear, he did. We stand by our statement," Sanders told the press pool.