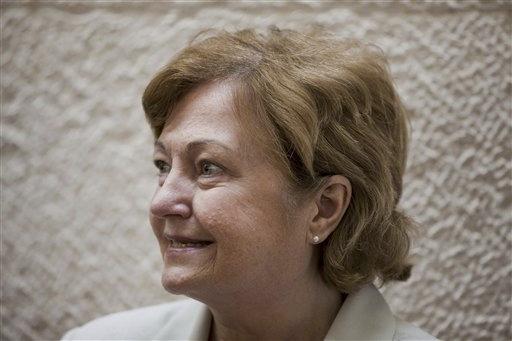 The man whose jittery bride-to-be skipped town days before her lavish wedding and claimed she had been abducted says that his fiancée wants the "whole world to know she's very, very sorry."

John Mason is defending his fiancée's decision, and says he still wants to walk down the aisle with her. The guilt she is dealing with "has got to be consequence enough to me," Mason said Monday in an interview with Fox News' "Hannity & Colmes" show.

It was Mason's first public statement since he learned on the morning of his wedding day that his intended, Jennifer Wilbanks, had gotten cold feet.

"We would still welcome her back to the family," Mason father Claude said Tuesday on CBS News' The Early Show.

Mason and his fiancée's father, Harris Wilbanks, who also appeared on the show, said the 32-year-old woman was working on releasing a written statement. "She just needs some space and some time," Mason said. "She just wants the whole world to know she's very, very sorry."

But, Carter Brank, an agent with the Georgia Bureau of Investigation, said the would-be bride "didn't come right out and apologize" when he interviewed her. But, "she was somewhat remorseful for what she had done," he said.

If Mason and family members are ready to forgive Wilbanks, authorities are still peeved. Officials are looking into the possibility of suing Wilbanks for the estimated $40,000 to $60,000 cost of searching for her.

"We feel a tad betrayed and some are very hurt about it," Mayor Shirley Lasseter said.

A decision on whether to sue Wilbanks will be made in the next several weeks, reports CBS News Correspondent Randall Pinkston.

The local prosecutor said Monday he will conduct a thorough investigation before deciding whether to charge Wilbanks for falsely claiming she had been kidnapped.

Mason said he has given Wilbanks her ring back — she had left it at the house — and said they still planned to marry. She was wearing the engagement ring during questioning Monday, authorities said.

At an evening press conference Monday, Duluth Police Chief Randy Belcher provided a chronology for Wilbanks' disappearance. He said Wilbanks bought a Greyhound bus ticket to Austin, Texas, a week before running away April 26. That day, she had a taxi pick her up at the local library and take her to the bus terminal in Atlanta.

She never made it to Austin, instead getting off in Dallas and buying a ticket to Las Vegas. She spent some time there, mostly hanging out at the bus station, before going to Albuquerque, N.M., authorities said.

It was in Albuquerque that she called Mason and police from a pay phone, saying she had been kidnapped. Along the way, she cut her hair.

Mason appealed to the prosecutor not to bring charges. "Her cutting her hair and getting on a bus and riding out of here ain't none of Danny Porter's business," Mason said. "And that's not criminal as far as I'm concerned."

"I realize she deserves some sympathy as well — she may have mental health issues — but that doesn't mean she gets a free pass," Murphy told Early Show co-anchor Hannah Storm. "She not only cost taxpayers tens of thousands of dollars, she diverted law enforcement resources, which means cops weren't out there solving real crimes."

Attorney Gloria Allred, also appearing on The Early Show, agrees Wilbanks should have to pay back the community.

"But she doesn't have to be prosecuted and convicted to make her pay. She could just choose to do that," Allred said. "Do I think she is a danger to the community? Is there going to be an epidemic of runaway brides if she's not prosecuted? Of course not."