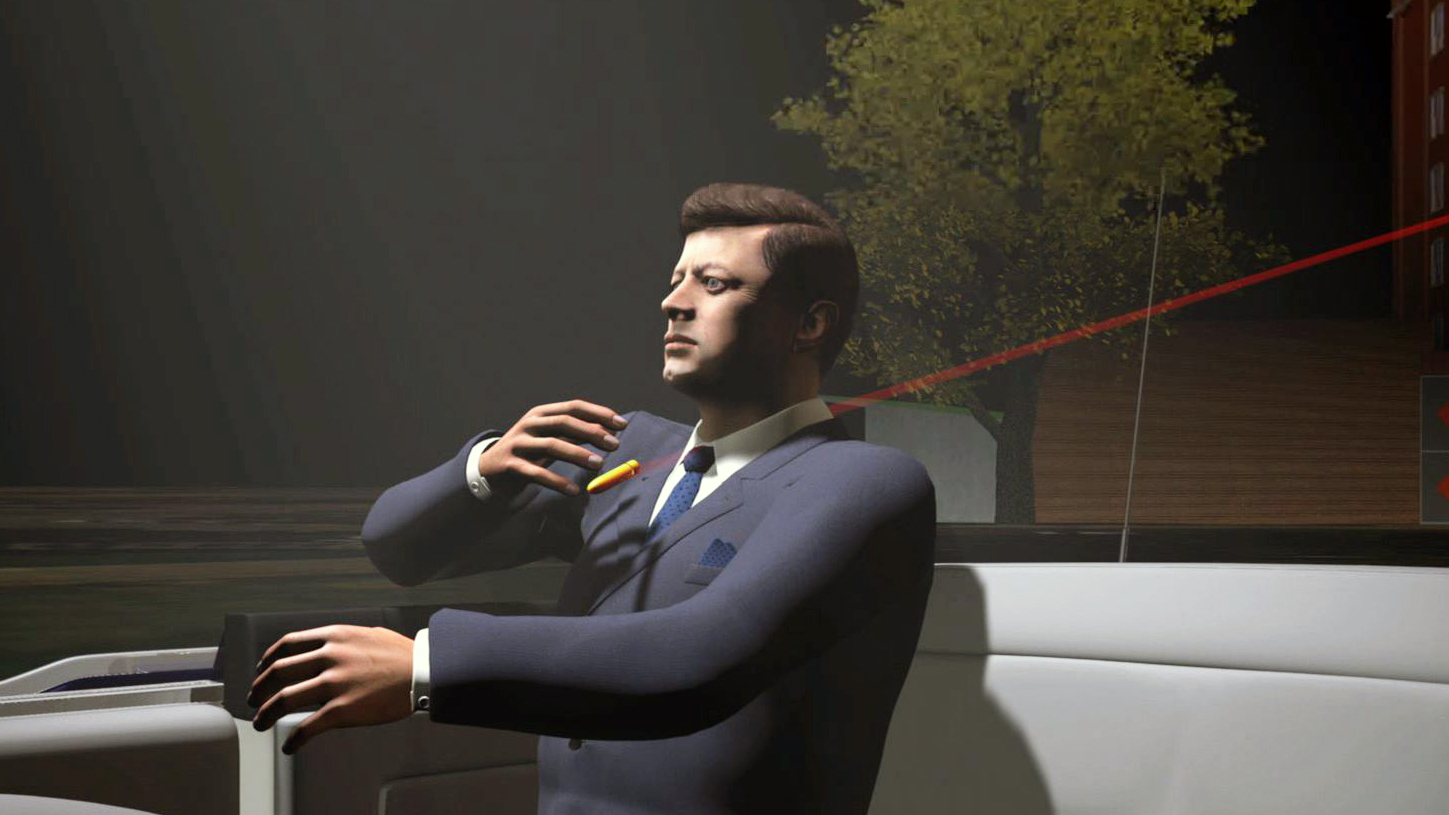 (CBS News) Father-and-son team Luke and Michael Haag have used the latest technology to re-examine the idea that one bullet hit President John F. Kennedy and Texas Gov. John Connally. The duo is featured on the PBS series "Nova" in a documentary called "Cold Case JFK."

Using 3D laser scanners -- a technology that's come into play in forensics in recent years -- the Haags documented the crime scene of Kennedy's assassination and their proposed trajectory of the single bullet in an effort to debunk popular conspiracy theories, such as the Grassy Knoll shooter theory, that have persisted in the case.

"(We can envision) crime scenes more thoroughly, more completely than we ever have had the capability to do. So we walk away from the crime scene with more information and we can then examine the crime scene over and over again later on, on a computer. So as we get new hypotheses, things about -- people talking about where a shooter might have been at a new revelatory type place, we can go in to that software, take some calculations, take measurements, angles, and it's all right there," Michael Haag said.

So what did they learn in their research? Luke Haag said it's "easily" demonstrable that one bullet can go through two people "if you understand how this particular unusual bullet behaves and what does after it leaves Kennedy's body."

The 6.5 millimeter Carcano bullet made by Olin Winchester is "extremely stable," Luke Haag said. "People didn't understand then and don't understand now. It will go through a lot of material, and then when it comes out it starts tumbling ... and that's how it hit Connally."

Luke Haag explained, "It's like a badly thrown football. It normally flies true and straight. When this bullet emerged from Kennedy -- or any ballistic medium ... it's now yawing and tumbling. The entry wound in Connally is very important because it's the consequence of a yawed bullet, so it had to be a destabilized bullet from somewhere."

Asked if he believes it was just one bullet, Michael Haag said, "As far as the neck wounds to the president and the wounds to John Connally, absolutely."

Lee Harvey Oswald didn't have to be a good marksman to have accomplished the assassination, according to Michael Haag. "I've shot this drill these distances with a firearm that my dad acquired that is exactly the same as Oswald's rifle with ammunition of this type," he said. "These are not really tough shots."

As for the rifle itself, Luke Haag said the firearm has been disparaged as dangerous and inaccurate. "It's not," he said. "If the bore in the rifle is good, it's a good shooter and it was a good shooter, unfortunately for President Kennedy."

The 50th anniversary of the assassination prompted their reconstruction. He said on "CTM, "This is the classic shooting reconstruction case. Originally, it was a firearms identification case primarily. Do we have one gun or two guns, if it's one gun, is it that gun -- the gun in the Sixth Floor Museum? If it's that gun, whose gun is it? Those questions were all answered.

"But the question about multiple shots, the behavior of the bullet that goes through Kennedy and becomes the single bullet theory became controversial because, again, people didn't evaluate it. They didn't understand it, and they hadn't looked at it then and few have looked at it now."

Turning to the ongoing skepticism surrounding Kennedy's assassination, Luke Haag said, "We want to think there's more to it than a loner loser deranged Marxist who hated his country and took an opportunity. There's got be more to it than that. (Vincent) Bugliosi has a wonderful statement, 'A peasant cannot strike down a king.' Think about it -- a nobody did."

For more with Luke and Michael Haag, watch their full interview above.