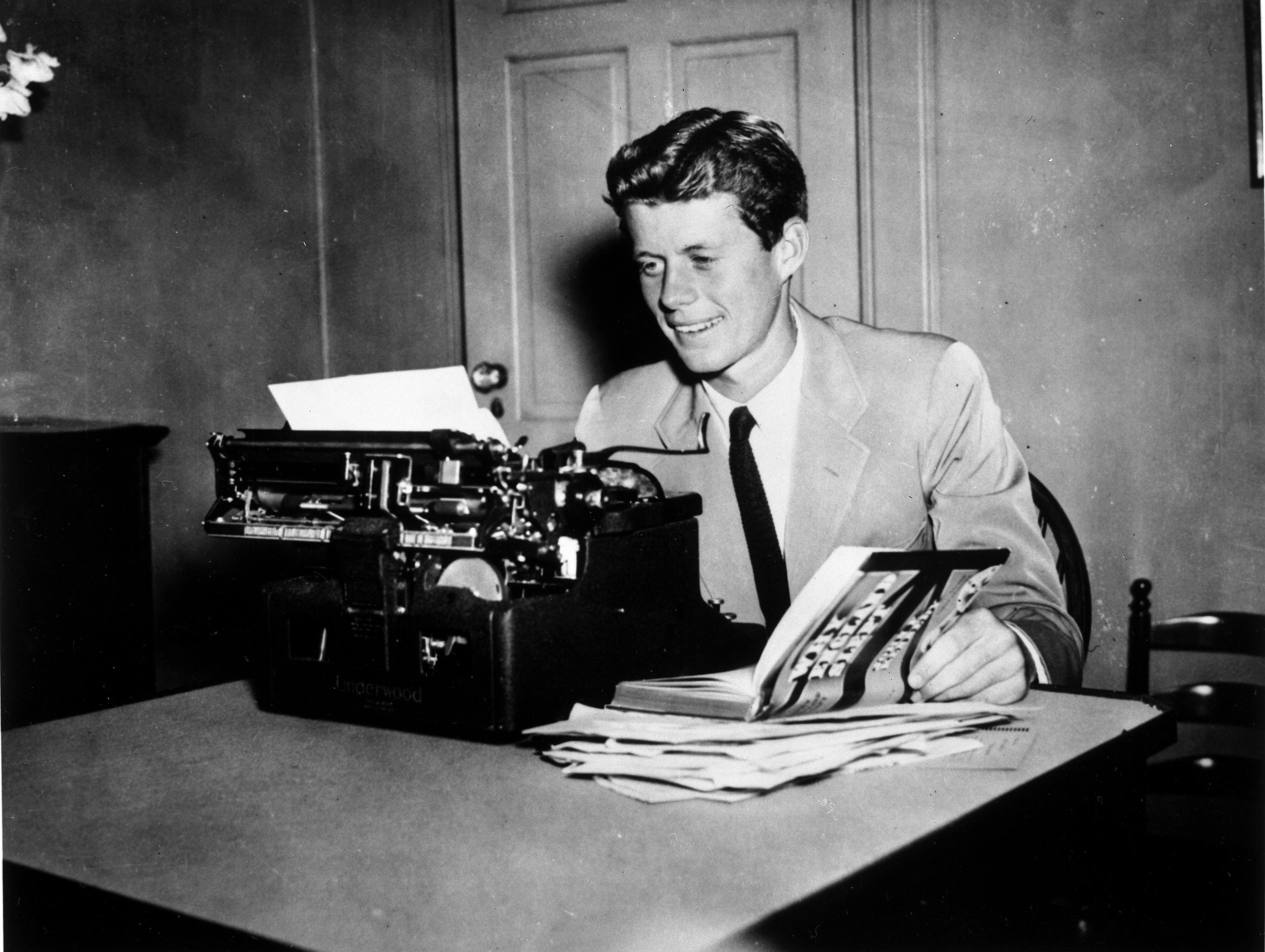 A high-profile auction is putting a new spotlight on John F. Kennedy and his view of Adolf Hitler.

For the first time, JFK’s only diary will go on the auction block. The then-28-year-old wrote about visiting Germany shortly after World War II and also shared his startling take on Hitler.

When JFK was writing about Hitler, the dictator’s suicide had happened just four months earlier, reports CBS News correspondent Tony Dokoupil. It shows a side of Kennedy we’ve never seen before.

Some two decades before addressing crowds in West Berlin as president, Kennedy wrote 61 diary pages – 12 in long-hand, 49 typed – in the summer of 1945. Germany had just surrendered, and Kennedy was touring Europe as a newspaper correspondent, traveling shoulder to shoulder with leaders from around the world.

The young JFK’s final destination was Germany, just months after the Allied victory. Already a scholar on global politics, Kennedy seems fascinated with Hitler and his place in history, writing: “He had in him the stuff of which legends are made” and “within a few years Hitler will emerge from the hatred that surrounds him now as one of the most significant figures who ever lived.”

“There’s no glorification, and I wouldn’t take this out of context,” said Bobby Livingston, executive vice president of RR Auction, the auction house offering the diary. “I think Kennedy was a historian, and he’s writing his understanding of Hitler’s place in history.”

Kennedy wrote Hitler “had boundless ambition for his country which rendered him a menace to the peace of the world, but he had a mystery about him in the way he lived and in the manner of his death that will live and grow after him.”

Kennedy gave the diary to his Senate research assistant Deidre Henderson, who published it in book form in the mid-’90s. She’s now auctioning the original document, providing a new window into the man who would be president.

“He’s about to embark on this incredible journey to the presidency, and here it is, in his handwriting. The beginning of this journey,” Livingston said.

The diary goes up for auction April 26. The winning bid is expected to be around $200,000. For a one-of-a-kind piece of Kennedy history, that’s not a lot of Benjamins.