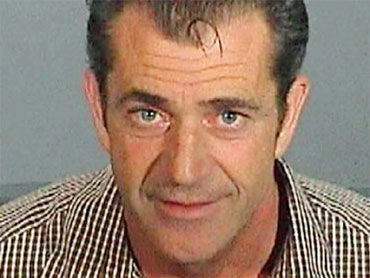 The Oscar-winning actor was convicted of drunk driving in 2006 after hitting the sauce too hard and getting behind the wheel, but a judge expunged the record Tuesday, Oct. 6.

Too bad that judge couldn't erase his "barrage of anti-Semitic remarks," which were detailed in the arrest report obtained by TMZ.com.

"F*****g Jews... The Jews are responsible for all the wars in the world," the arrest report claims Gibson said.

It also says the actor had threatened to piss on the floor of the police station and had at one point tried to run from the arresting officer.

The ruling Tuesday came after his lawyer had requested the dismissal. The actor-director successfully completed the terms of his three-year probation following the misdemeanor drunken driving arrest.

As part of his no-contest plea, Gibson also paid about $1,600 in fines and had to attend Alcoholics Anonymous and other meetings.

Gibson has repeatedly apologized for making the derogatory comments about Jews to the sheriff's deputy who arrested him in 2006 in Malibu, Calif.

Shortly after the 2006 incident his publicist released an apology from the actor which said, "I acted like a person completely out of control when I was arrested... I disgraced myself and my family with my behavior, and for that I am truly sorry. I have battled with the disease of alcoholism for all of my adult life and profoundly regret my horrific relapse."