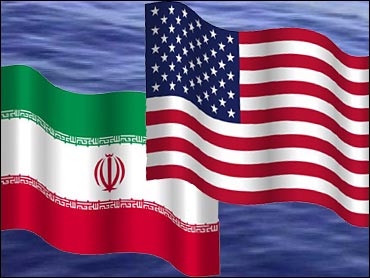 The broadcast did not identify the man. It said he was arrested Tuesday in Sistan-Baluchestan, a province in southeastern Iran that borders Pakistan.

The television gave no further details.

An Iranian police officer told The Associated Press that the American's motives for crossing the border illegally were not yet known. The American was being interrogated, the officer said, speaking on condition of anonymity.

American citizens are allowed to enter Iran provided they obtain a visa beforehand.

The United States severed diplomatic relations with Iran in 1979 after militants stormed the U.S. Embassy in Tehran and held its occupants as hostages for more than a year.

Though relations thawed somewhat in the late 1990s, they deteriorated in recent years after President Bush accused Iran of being part of an "axis of evil". Since the overthow of Iraqi dictator Saddam Hussein last year, U.S. officials have accused Iran of interferring in Iraqi affairs. Iran has denied the charge.