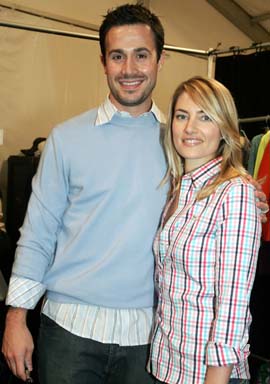 Nearly a decade ago, Jewel won the hearts of fans with her acoustic/folk sound. Her chart-topping debut and the three albums that followed led to record sales of over 25 million worldwide.

On June 3, Jewel's fifth CD hits stores and are fans in for a surprising treat. She's got a brand new look and a brand new sound that combines everything from dance, to pop, to country, to blues to jazz.

Her new CD is called "0304" and the first single to be released off it, "Intuition," is already topping the dance charts. Jewel kicked off The Early Show's Summer Concerts series with "Intuition" and "Two Become One."

"Intuition" was written and produced by Jewel and Cuban-American producer Lester Mendez who collaborated with her throughout the new album. Mendez produces for such stars as Shakira, Santana and Enrique Iglesias.

Jewel told The Early Show co-anchor Harry Smith and Hannah Storm "O304" is a pop culture record. "I knew sort of where the country was headed with politics and economics. And I wanted to make a record that was fun and made you feel young and sexy but smart hopefully at the same time."

Its title points to the years 2003 and 2004, she says. "It just talks a lot about social events, current events - my life right now. It's sort of like a snapshot of America right now."

For hard-core fans, there is still some of her old sound. "Hopefully if you just want to move and feel good, you can listen to it. It's really lyrical," she said. "All my fans know I like opera, jazz, rock. It still is lyric driven and socially driven as any of my other stuff."

The changes are a natural extension of her music. "Over the years, I've learned more about the craft...more about how to write, more about playing, more about music, and more about lyrics. So I'm finally able to further embellish the ideas I started with a long time ago," she says.

Since the release of her first album eight years ago, Jewel has continued to explore fresh avenues, branching out from her folk roots to incorporate rock, pop, country, blues, jazz and classical influences into her work.

She says, "I've always been really interested in all kinds of music. I loved hip-hop and rap when I was first exposed to it in the '80s. I loved the beats, and I loved the artists who had the ability to be very lyrical with those beats. I also like the hypnotic nature of dance music. There is something very primordial about it.

"And of course, I love folk music. I love story-telling and socially driven music. The tone of some of the new songs also leans towards jazz. So you are going to hear my love of all these types of music on the new album, and I tried to combine them in a way that makes sense. You have folk melodies against hip-hop beats against a French accordion against hand-clapping and whistling solos. But it still really sounds like me."

Aside from her music, Jewel is also involved in several personal projects. During the summer of 2002, she launched Soul City Cafe, a multi-faceted program designed to expose, encourage and develop new talent in a variety of artistic media. She also founded The Clearwater Project- the flagship endeavor of the non-profit Higher Ground for Humanity foundation. Established by Jewel and her mother Lenedra Carroll, the Clearwater project is bringing safe drinking water to thousands of people in Honduras, Tanzania, Tibet, India, South Africa and Mexico.

Jewel is working on her second book of poetry (to be love poems), following the success of her two previous books: her first poetry collection, "A Night Without Armor," which has sold more than a million copies, and "Chasing Down The Dawn," containing journal writings, short stories, and photographs.

As for her personal life, she has been seen with rodeo champ Ty Murray, walking the streets of New York and holding hands. " We're together," Jewel said.

Next for her is a tour promoting her record. "I'm just excited by this record. I'm really, really happy with it. I hope it debuts in the top ten. So, you guys, go buy it in the first five days," she says.

Raised in Alaska, Jewel is in her twenties.