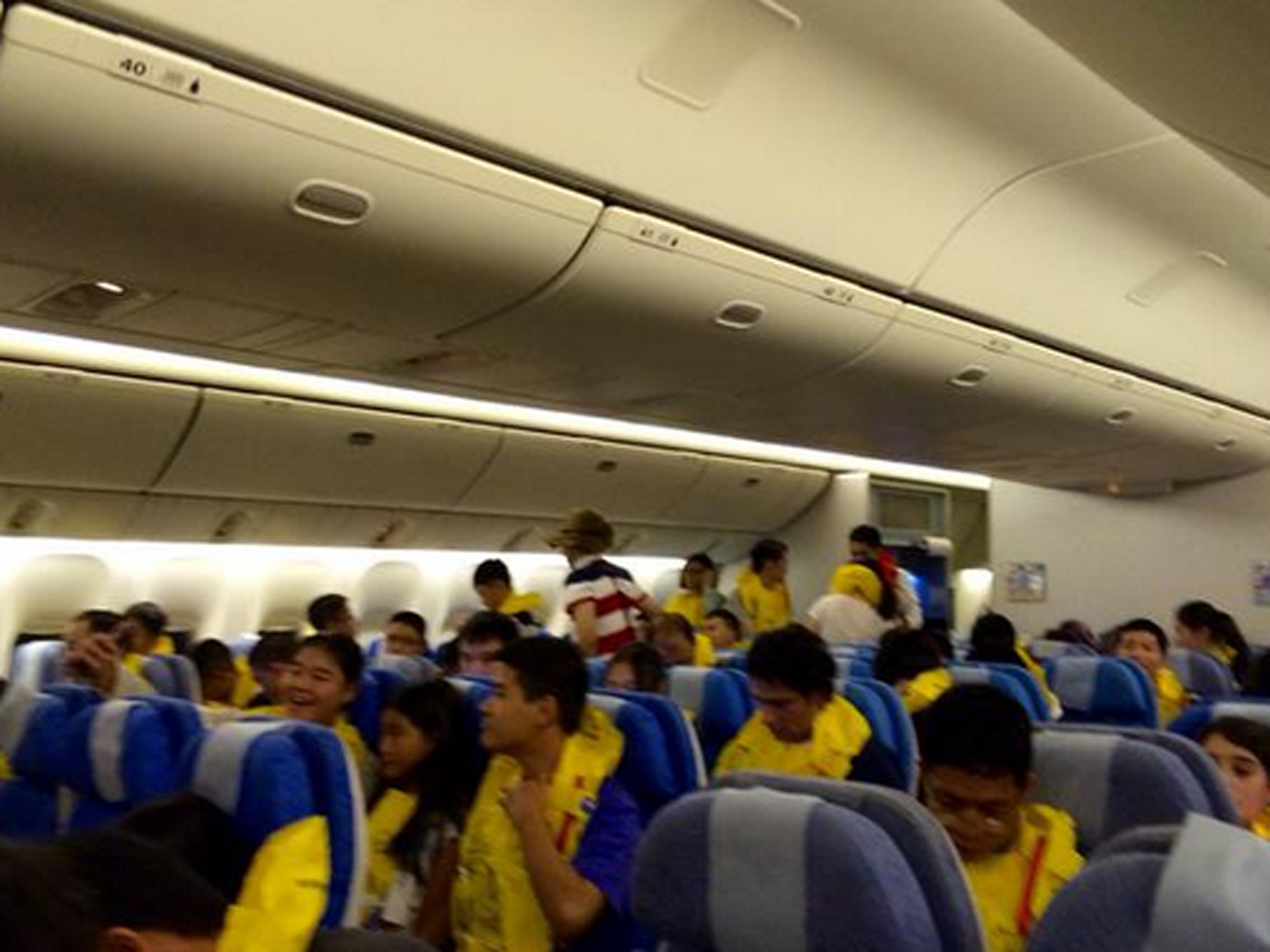 ANCHORAGE, Alaska -- A Cathay Pacific flight from Hong Kong to Los Angeles departed from a remote U.S. air base in the Aleutian Islands late Wednesday morning, hours after making an emergency landing because smoke was detected in the vicinity of the cockpit.

Air Force Capt. Anastasia Wasem said the Boeing 777-300ER left the treeless, tundra-covered island at 11:15 a.m. to fly to Anchorage, 1,500 miles away. Another plane was flying in from Hong Kong to pick up the 276 passengers and 18 crewmembers in Anchorage and get them to Los Angeles, Cathay Pacific spokeswoman Jennifer Pearson said.

Flight 884 made the precautionary diversion to Shemya after the crew detected smoke on the aircraft, Cathay Pacific said in a statement. The jet landed safely and no injuries were reported, Pearson said.

"On the ground, the aircraft went through a series of checks and deemed serviceable so our passengers were flown onto Anchorage," Pearson told The Associated Press in an email.

The company said it will investigate the cause of the smoke, though a preliminary inspection indicated an equipment cooling fan below the cabin floor near the forward cargo compartment had failed, causing the smoke condition.

"Safety is always our top priority at Cathay Pacific, and the captain of CX884 made exactly the right decision to divert the flight as a precautionary measure," service delivery director James Ginns said in a statement.

On Shemya, the passengers stayed on the plane and watched movies after the plane landed just before 5:30 a.m., according to Air Force Col. Frank Flores. Food and refreshments were served to the passengers while they waited, Pearson said.

Shemya Island is at the western tip of the Aleutians chain and is marked by small hills and regularly buffeted by strong winds. In November, the remnants of Typhoon Nuri brought gusts of up to 96 mph.

About 120 civilian contractors staff an early warning radar installation at Shemya for the military. The island base has a 10,000-foot runway, which was developed in the 1940s for reconnaissance and bombing missions, officials said. The runway was repaved in 2010.

In July of that year, an American Airlines jet traveling from Dallas-Fort Worth to Tokyo made an emergency landing there after a fire warning light malfunctioned.

Flores said one time when he was visiting Shemya, a small private plane made an emergency landing because of a fuel shortage. Emergency landings are unusual there, however, particularly with large commercial carriers.

"But it's something that we're prepared for," Flores said.