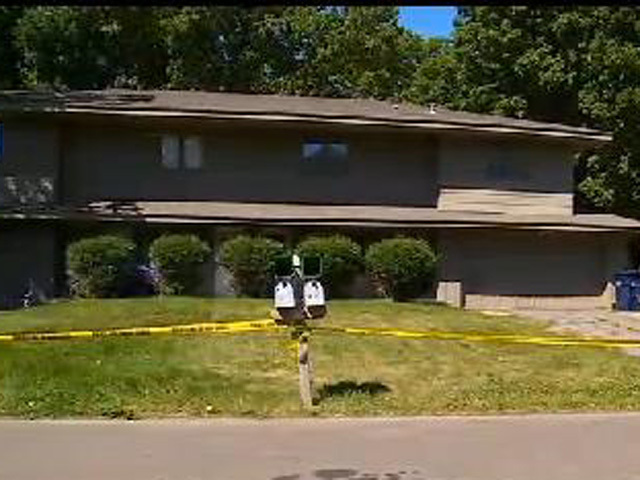 (CBS) MINNEAPOLIS - Prosecutors say a Minnesota woman beat her boyfriend to death, taped his body up in plastic and hid it in a newly-purchased freezer because he was trying to break up with her.

Jetaun Wheeler is charged with second-degree murder in the killing of the 58-year-old man at their Shorewood home. Authorities have not named the victim.

A criminal complaint says the victim had been missing for two weeks before family members called police. Authorities executed a search warrant at the home and found the man's body in Wheeler's garage, according to CBS Minnesota.

The complaint reportedly also stated that the victim had told friends and family members that he was leaving Wheeler because she had "assaulted him and had been acting crazy."

Relatives expected him to arrive back in Chicago, where he was from originally, in early August. When he didn't, family members went to the home looking for him.

Detectives say when they searched the couple's house Aug. 13, they found bloody carpet under Wheeler's mattress. Blood splatter led them to the garage where they found the body in the freezer.

The Hennepin County Medical Examiner's Office reportedly said an autopsy on Saturday revealed he had blunt force trauma injuries to his face and head and significant lacerations to his left eye and the left side of his head. He also had contusions to both of his upper arms, defensive wounds to the back of his hands and hemorrhaging in the muscles of his neck.

Wheeler's three children, ages 10, 8, and 7 who were living with her at the time of the murder, have now disappeared. Police reportedly said they believe the mother hid them so that they won't be taken into protective custody.

If Wheeler is convicted of second-degree murder, she could face up to 40 years in prison, according to the station.