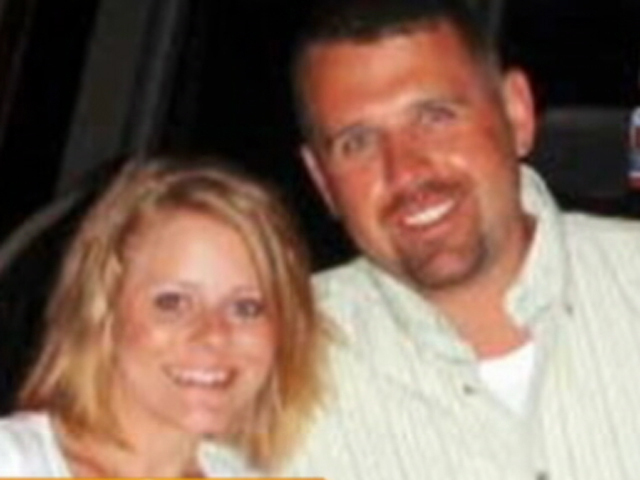 Suspects have been identified in the case of David Hartley, an American tourist gunned down while jet skiing with his wife near the border of Mexico last September, authorities say.

Sheriff Sigifredo Gonzalez of Zapata County, Texas, told CBS News, "In that case, I believe there were about seven or eight shooters; we've identified four of these individuals."

The American's death was one of an estimated 12,000 murders in Mexico last year.

Hartley's body has never been found. The search by Mexican authorities was called off after the lead investigator was beheaded in an apparent warning by drug cartel enforcers.

Hartley's family and his wife, Tiffany, criticized the Mexican government in the days after the shooting, claiming they weren't doing enough to find his killers or his body.

In recent months, Sheriff Gonzalez says, U.S. and Mexican authorities seemed to have lost interest in the case.

Gonzalez said, "Other than what we're doing locally, we don't know of any other agency -- state or federal agency -- doing anything else."

Gonzalez has not named the suspects in the case. He's claiming they're members of the Zeta drug cartel who travel across the border to the U.S. frequently. He says he's confident the information will lead to arrests and justice for Tiffany and David Hartley. But, Teague said, five months after Hartley's murder, there's no real indication that the case is close to being closed.

On "The Early Show," Texas Rep. Ted Poe, who has been an advocate in the search for David Hartley's killers, said Mexican and American authorities have to work together to apprehend the suspects in this case.

"All of these suspects cross back and forth from Mexico into the United States and back into Mexico," he said. "So they have to be captured, either in the U.S. or in Mexico, generally by the federal authorities in one or both of the countries."

Poe answered, "You're correct, Mexico does blame the United States for their problems in Mexico. And they have a notoriously bad record for arresting these gang members, much less prosecuting them. So we just have to put the emphasis on Mexico to encourage help to use appropriate law enforcement to arrest these Zeta members. And also, Mexico should really allow more American law enforcement agents into Mexico to help them rack down these gangs. For political reasons, Mexico is reluctant to do that. And then finally, we need to have the border secure. I've introduced legislation to put 10,000 National Guard troops on the border to keep people like the Zeta cartels from moving back and forth at will across the border."

Wragge asked, "Can I just real quick get a one word yes or no answer. Is the Department of Homeland Security doing enough with border patrol?"

"Not in my opinion," Poe said.

Wragge asked, "The violence is escalating. You've had a customs agent ambushed and killed two weeks ago. What more is it going to take to get the Department of Homeland Security to make border control more of a priority in that region?"

Poe said, "There needs to be an understanding that the border is out of control. Even the GAO (Government Accountability Office) has said recently that only about 44 percent of the entire border is under the control of the United States. That means 56 percent of it is controlled by someone else. And I think it's an awareness by Homeland Security. We protect the borders of other nations, now it's time we start protecting our own."

Wragge also asked about the safety of kids traveling to Mexico for spring break.

"We're hearing of these mass killings in different parts of Mexico, along the Texas border," he said. "If you're a parent at home and you've got a kid that tells you they want to Mexico for spring break, what would you tell them?"

"Don't go to Mexico," Poe said. "I have four kids and eight grandkids and no way I would let any of them go to any parts of Mexico. Mexico is not safe for Americans or Mexican nationals because the drug cartels are really operating at will in different portions. So it's not safe -- go somewhere else in the United States for spring break.