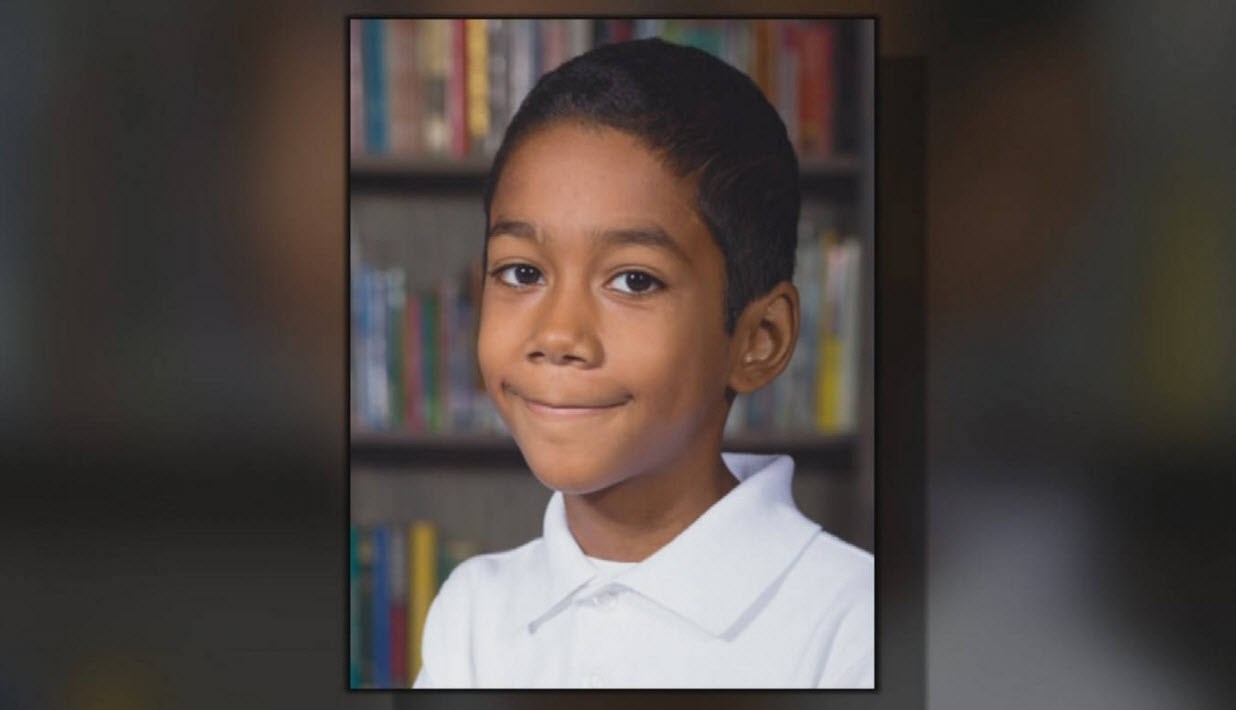 BUCKEYE, Ariz. - Police in a Phoenix suburb say skeletal remains found in a field have been positively identified as those of a 10-year-old boy who disappeared nearly two years ago.

The Buckeye Police Department said Tuesday in a statement that the remains found by a city worker March 8 on a farm field are those of Jesse Wilson, who was last seen in July 2016. Police have launched a homicide investigation, though it's not clear how the boy died, said Det. Tamela Skaggs, a Buckeye police spokeswoman, at a Tuesday press conference.

Skaggs described the child as a "bright, energetic, caring young man who was well-liked by his friends and teachers."

"Like so many across this community, we are devastated by this news," Skaggs said.

"While this is not the outcome for which any of us had hoped, we want to stress that this is not the end of our investigation," police said in a statement posted on Facebook.

"The Buckeye Police Department, along with our state and federal partners, will continue to pursue this investigation until its conclusion. We believe this case will be resolved as Jesse deserves nothing less."

The boy had disappeared from his family home in the early morning of July 18, 2016 in a Buckeye neighborhood.

The FBI were called to aid in the search.

The remains, which were scattered in the area of the desert where they were located, had apparently been at one point under water, which is why they weren't located when crews first searched the area with cadaver dogs, police said.

According to reports by CBS affiliate KPHO, Jesse and his two siblings were both adopted by Crystal Wilson, and had wandered off twice before. According to police, Wilson called the department's non-emergency line July 18, 2016 and told police her son walked away from their home like he had done in the past.

Wilson did not appear at a court hearing in October 2016, in which Child Protective Services moved to terminate her parental rights. Officers had reportedly come into contact with Jesse in March 2016, about four months before he disappeared, and then again in April 2016

In the first incident, Jesse and his siblings had been wandering outside a Walgreens by themselves for a couple of hours, the station reports. Wilson reportedly told officers that she had gone to the kids' school to pick them up but they had gotten on the bus when they were not supposed to.

In the second instance, a neighbor told police Jesse was standing on a street corner and had asked them for food, according to KPHO. Jesse was returned to Wilson both times.

After the boy's disappearance, Wilson made tearful appeals for his return.

Jesse's two siblings are not currently in Wilson's custody, Skaggs said. She wouldn't comment as to whether Wilson was considered a suspect in Jesse's death, but said investigators haven't ruled out any suspects and that the police department has been in communication with her.

Wilson is out of state, Skaggs said.

She said the investigation is far from over.