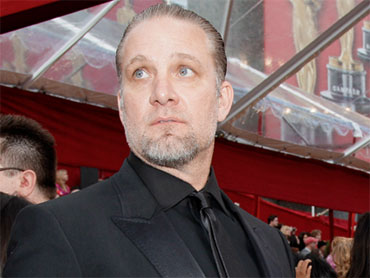 Michelle "Bombshell" McGee, the tattoo model who claims to have had an affair with Jesse James, is sharing private text messages as proof of the alleged affair, according to In Touch magazine, with one message written as recently as March 14.

In a press release, the magazine says James wrote McGee saying, "Just think'n bout u this morning" on March 14 - just a week after he and Bullock appeared together at the Academy Awards. McGee also showed steamy text messages allegedly sent between the two during their 11-month affair.

On Thursday, James apologized to his wife and children for his "poor judgment."

"This has caused my wife and kids pain and embarrassment beyond comprehension and I am extremely saddened to have brought this on them. I am truly very sorry for the grief I have caused them. I hope one day they can find it in their hearts to forgive me."