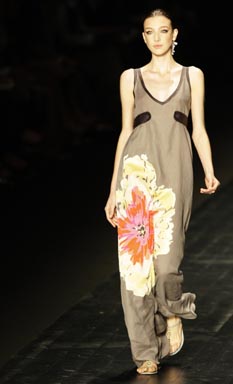 Sen. Jesse Helms said Wednesday he was ashamed he had not done more to fight the worldwide AIDS epidemic and promised to keep it on his agenda until he leaves office next year.

"I have been too lax too long in doing something really significant about AIDS," Helms told hundreds of Christian AIDS activists gathered for a conference in Washington. "I'm not going to lay it aside on my agenda for the remaining months I have" in office.

Helms, who will retire in 2003 after 30 years in the Senate, spoke at the Prescription for Hope conference, organized by Samaritan's Purse, a world relief charity led by Franklin Graham.

In the past, Helms has clashed with gay activists over AIDS funding and statements he made blaming the spread of the disease on homosexuals.

The North Carolina Republican did not mention homosexuality in his speech Wednesday, but he said, "There is no substitute for the joy brought by strong and healthy marriages. We must not hesitate to share this truth" with people around the world.

He praised Janet Museveni, first lady of Uganda, for running a campaign based on "biblical values and sexual purity" to stop the spread of HIV-AIDS.

In 2000, as then-chairman of the Senate Foreign Relations Committee, Helms co-authored and pushed through Congress legislation authorizing $600 million in U.S. funds for AIDS treatment and relief in Africa and other poor nations.

He said his efforts - which followed predictions by the United Nations that the disease would wipe out half then teen-age population in some African countries - paled in comparison to Museveni's.

"I'm so ashamed that I've done so little," Helms said.