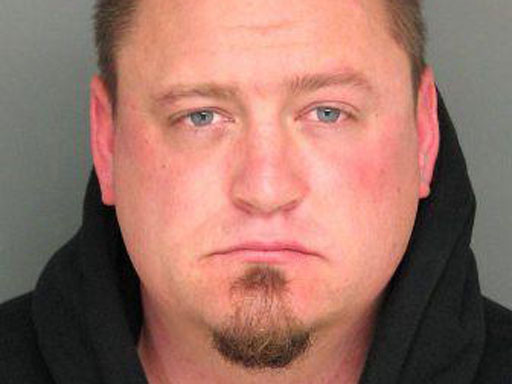 According to the coroner's office, the 33-year-old suspect used his bed sheet to hang himself.

Crow could have faced the death penalty if convicted.

Many unanswered questions remain, but authorities believed Crow strangled his 23-year-old wife, shot her, and beat her with a hammer after she confronted him about his infidelity and threatened to expose his marijuana business to police, reports The Monterey County Herald.

Crow then took off on a 48 hour road trip in order to dispose of her body.

Eventually, he ended up at a house in Fremont where he dismembered the remains, placed the body parts into a plastic trash container, and filled the container with cement, prosecutors said.

Eventually, he ended up at a house in Fremont where he dismembered the remains, placed the body parts into a plastic trash container, and filled the container with cement, prosecutors said.

Crow then enlisted the services of his girlfriend Summer Donovan who drove the container of remains from Fremont to Livermore which were allegedly thrown at a later date off the San Mateo Bridge by a third party, says The Monterey County Herald.

On February 17, 2010 Crow was charged with homicide; however, his wife's remains were not discovered until May when they washed up on the shore of the San Francisco Bay.

Now, with Jesse Crow's suicide, he takes many unanswered questions to the grave.

"As a matter of law, the case was over once the defendant was deceased, so the next step was simply to dismiss the case in court," Deputy District Attorney Stephanie Hulsey told The Monterey County Herald.